What play benefits do playgrounds bring to children? 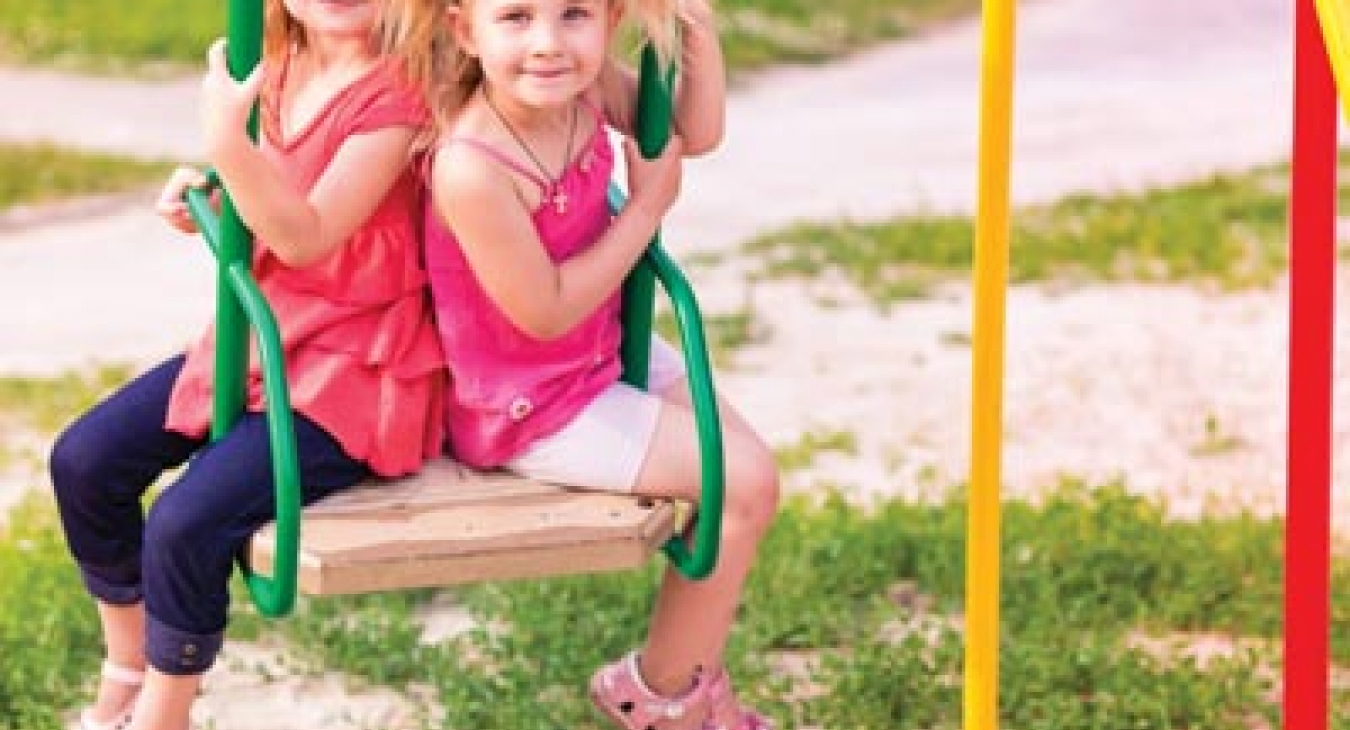 Children of all ages strengthen their large motor skills by climbing, jumping, running, sliding, and swinging. What is so great about these skills is children don’t equate playing with exercise, at least young children don’t think about strengthening their bodies, they just go to the playground to play.

Most playgrounds are outside, so children get the added benefit of fresh air when they go to a playground. Playgrounds vary in size and scope. At most playgrounds children have the freedom to run, skip, and play until they decide to move on to something else.

Playgrounds offer a chance for children to work on their social skills, which I bet children are not thinking about when they meet a new friend at the playground. Both of my children when they were young loved going to playgrounds. My son Alex would try out every jungle gym, slide, and swing and then start all over again. Sarah, who is two and a half years younger, would do everything she could to keep up with her big brother. They played together and they met new kids and played with them.

The beauty of playgrounds is they entice children to play and to challenge themselves. They contemplate how high they are willing to climb the monkey bars. Jumping off platforms, retaining walls, and apparatus children can climb that will compel them to jump off is a great opportunity for children to figure out what they can do and what they can’t do. Joan Almon, a founding member of the Alliance for Childhood, talks about risky play. www.alianceforchildhood.org. I believe risky play is something all children need and deserve. Children need to push themselves; they don’t need adults to challenge them when it comes to play. When children observe other children going on a zipline or the monkey bars at a playground, they ponder, sometimes consciously and sometimes unconsciously, whether this is something they want to try?

If your child asks you to help them with the monkey bars and you are able, I highly suggest you spot them. After several tries, your child and you start to know if they can handle the monkey bars by themselves. I loved pulling myself up as a child and going from one bar to another. I believe those opportunities helped me feel confident, and I know they helped me have a strong upper body.

Some children are not built for the monkey bars, but what they are good at is hanging and swinging. This skill also builds upper body strength. Parents, you know your child best. If they want to try something at the playground, spot them, support them, and praise them for trying something new.

Some children can be a little too eager. My daughter Sarah wanted to slide just as much as her brother. She was approximately one and a half when she wanted to climb up a ladder and go down a curly slide. I probably joined her ten times or so until I felt confident she could go on her own. Sarah was small in stature, but sure was mighty. So she began going up and down the slide right behind her big brother Alex. One time I was standing about twenty feet away and another adult started yelling, “Who is watching that baby?” I walked over and said, “I am.” This adult was not too happy with me, but I knew my daughter was fine. Like I said, risky play is good for children.