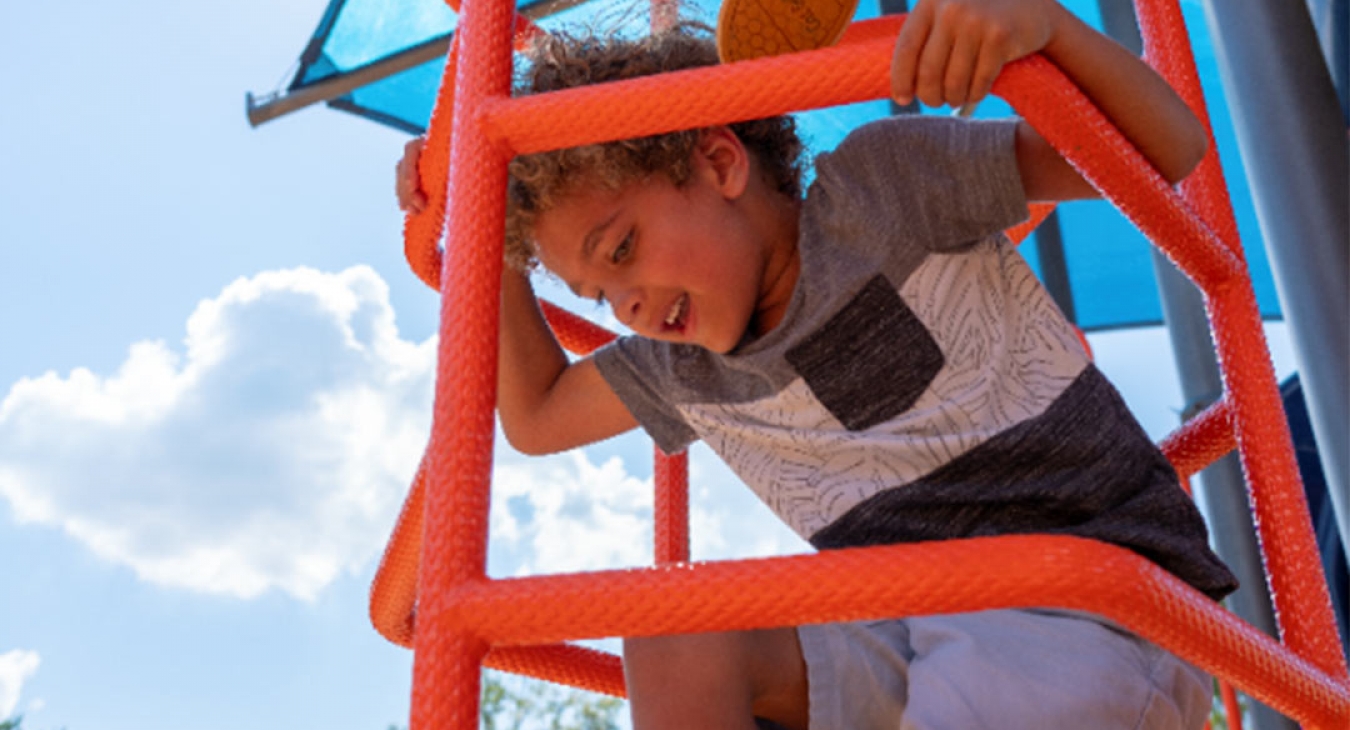 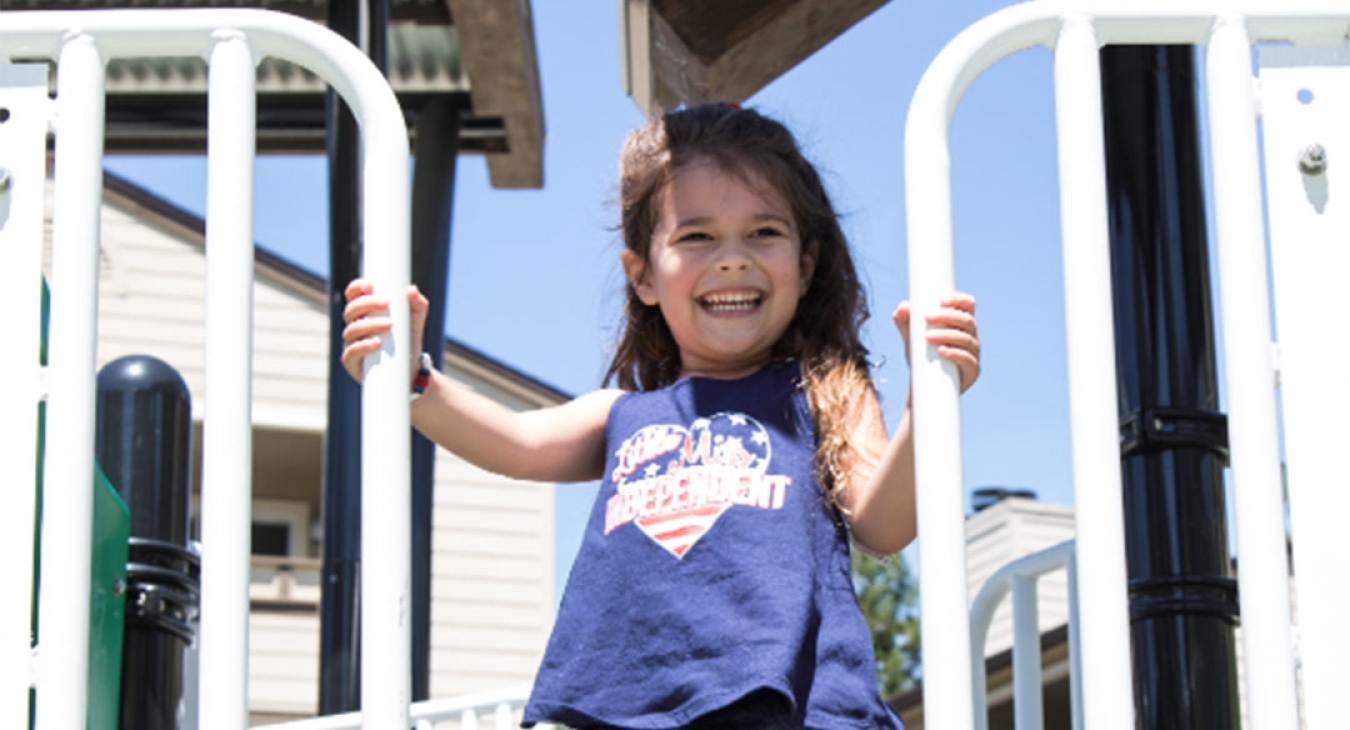 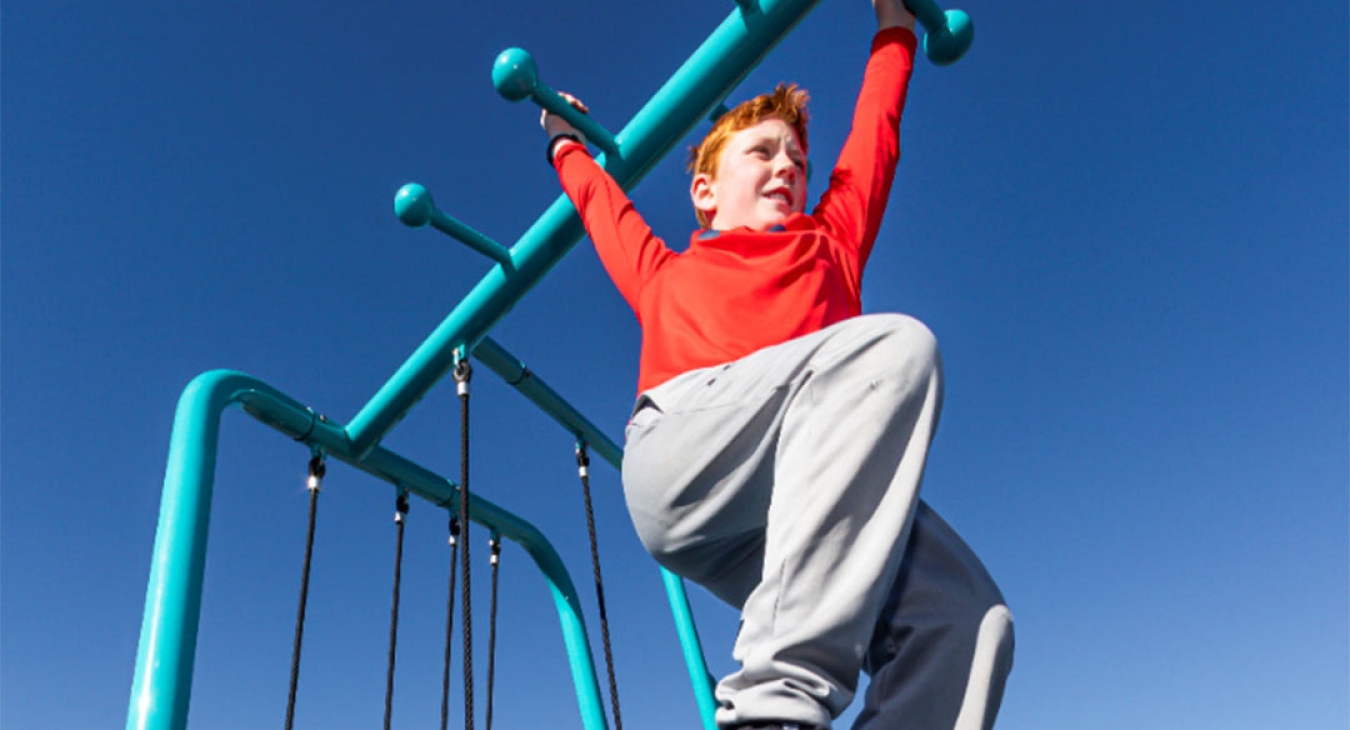 Let’s not kid ourselves.

Even under the best of circumstances, young children are walking, talking, and (hopefully) smiling human petri dishes.

They’ll touch just about anything -- and then put their fingers in their mouths. No tissue? No problem.

Kids collect pathogens like you and I collect spam emails. We wipe the germs away, but more arrive and the problem persists. Eventually, we give in and live with it.

When it came to playgrounds, this was the unfortunate, germ-riddled reality that parents, facility and park managers, mall operators, restaurant franchisees, and -- admittedly -- equipment manufacturers largely accepted for generations without pursuing any long-lasting remedies. Sure, frequent cleanings helped, but a disinfected playground only stayed pathogen-free until the next little one grabbed the swing chain. The reality is that possible exposure to winter colds, the flu, even strep throat, didn’t raise anyone’s concerns to the level of shutting down the swing sets, slides, and climbers.

And then the pandemic happened.

Since March of 2020, it’s been as common to see yellow caution tape closing off community and school playgrounds as it was previously to see parents and children surrounding them. That amazing, frenetic energy of shared, unstructured, educational play -- a vital element of childhood development and community building -- came to and remains at a halt in many towns across America.

And so, our team at PlayPower® got to thinking. How could we foster a sea change for the commercial play equipment industry to confront the dangers of pathogens? As the world’s largest commercial playground and recreational equipment manufacturer, we have a legacy of advocating for play and doing things the right way. The safety of our brands’ product lines -- and of play itself -- is of the utmost importance to us. So, this mission was both critically important to our business and right in our wheelhouse.

Early in the spring of 2020, we began talking to our customers about exactly what they needed to keep their play equipment safe. Our specific goal was to allow closed play environments to reopen as soon as possible and to potentially protect them from future closures. As the weeks and months passed, we recognized that at some point the pandemic would end, but that it was important our customers be better prepared the next time a pathogen pops up. And while we were at it, why not confront the everyday germs we’ve put up with for ages?

The result of PlayPower’s focused effort to make commercial play equipment and surrounding amenities safer from the dangers of microbes is PlayArmor™, an industry-first, long-lasting antimicrobial coating. PlayArmor is specifically targeted for use on playgrounds to add a barrier of protection to the surfaces children touch.

Registered with the U.S. Environment Protection Agency, PlayArmor is what’s known as a silane quat, a well-established class of antimicrobials initially created by Dow Corning in the 1970s. Silane quats enact a “mechanical kill” of pathogens rather than a “chemical kill”. In effect, they penetrate the cell wall of pathogens, killing them by rupturing the cell membrane. Other antimicrobials on the market poison cells to kill them, creating the potential for antimicrobial-resistant superbugs. That’s not possible with silane quats such as PlayArmor.

To make PlayArmor a reality, PlayPower partnered with Clearstream® Technologies, a specialized chemical company. PlayPower is now the exclusive distributor for Clearstream on outdoor and indoor commercial playgrounds, as well as site amenities such as picnic tables and benches.

PlayArmor, which bonds to the playground equipment surface, remains effective for its intended purpose for up to 75 pressure washes. PlayPower recommends reapplication every 90 days, which maximizes product surface protection throughout the year. Representatives for the PlayPower brands Little Tikes Commercial®, Miracle®, Playworld® and Soft Play® will make PlayArmor available for application to existing and newly purchased play equipment after installation. PlayPower brand Wabash Valley®, makers of commercial site furnishings, will have PlayArmor available to coat its products during manufacturing in the spring of 2021.

Yes, it’s still important to frequently clean and disinfect playgrounds to limit the buildup of dirt, dead microbes, etc. that could cover the PlayArmor coating, preventing it from making contact with and killing microorganisms. However, PlayArmor is a cost-effective way to do much more.

For example, if a school maintenance worker earns $20 per hour, it takes one hour to disinfect a playground, and they disinfect the playground daily, it will cost $100 per week in labor, or $1,200 per quarter. Quarterly application of PlayArmor costs a fraction of that, and you won’t be limited with protection that ends the next time the recess bell rings.

The PlayArmor technology is used throughout hospitals, including in surgical theaters, isolation wards, medical research facilities and intensive care units. It’s also used in restaurants, including on food-contact surfaces. So, while the science behind PlayArmor is proven, trusted and well-established, it’s never been used before in the commercial playground industry. Now is the time.

Playgrounds are the ultimate leveling fields for children. Unstructured play is vital to their physical, social and emotional well-being, and during play they learn key development skills such as patience, sharing, role play and fantasy.

At PlayPower, we too fantasize about a day when the pandemic is behind us. That said, we’re living in reality, and are taking action now. Play is too important to wait it out.