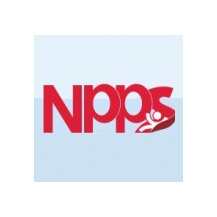 Probably, before you want to know my answer to this question, you want to know who I am and why I'm asking it. I am a community activist and play enthusiast who believes in questing for truth, better policies, and creative solutions. As you will come to see, and perhaps rue, I ask lots of questions as I wonder aloud about the quality of the status quo and what could be instead.

I will warn you that I don't tend to assume answers, but rather I find greater clarity in asking about those seemingly unquestionable basics. To me, being clear as to the purpose of an organization, initiative, company, theory, or product from the very beginning of their intentions or inception is the best foundation to build upon. I like to begin at the beginning.

And now I'll go back to the beginning: What is NPPS doing now? Are they still around? My answer: after more than 15 years, the National Program for Playground Safety (NPPS) is still promoting playground safety, though in a more limited way.

What began as an ambitious four fold mission – 1) to educate the public on playground safety; 2) to provide playground safety training for educators, supervisors, and children; 3) to conduct on-going research on playground injuries and surfacing; and 4) to be a clearinghouse for industry resources – has boiled down to an array of public awareness programs, website resource support, and online trainings.

Hmmm…Why the downsizing? After discussing issues with director Donna Thompson, it is clear to me these changes are not due to any dimming of her passion for safe playgrounds. Then I wonder, “Are all playgrounds now safe so that we no longer need the NPPS?” After spending an afternoon photographing hazardous protruding spikes and no longer-existent fall surface mulch at my local playground, I would say – “Not.”

So…why the changes in NPPS? What is the saying? “Follow the money?” Clearly to me these cut backs are due to the loss of NPPS's main funding from the Centers for Disease Control and Prevention (CDC). For the last five years they have been self-funded and having to make the same tough decisions that most of us have also been facing.

Out of necessity, a large part their economizing has been to use their website at http://playgroundsafety.org/, which is still the #1 website consulted for playground safety, according to Thompson. Two of their largest changes – the reformat of Playground Safety News and the phasing out of the traditional NPPS Safety School – involve capitalizing on internet options, which means they can reach more people for less cost.

The Playground Safety News, which began in 2001 as a newsletter, became a sporadic digital newsletter in 2005. More recently, The Safety News has morphed into a News and Updates format on, hopefully, a more regular schedule. Case in point – so far this year there have been two postings: Critical Role of Recess in School on 4 January and Prevent Sliding Injuries on 17 January.

Will these updates be the beginning of keeping us more “in the know” on playground safety? I sincerely hope so. My experience with nonprofits has taught me that one of the quickest way to lose public support is to not let people know – regularly and dependably – what you are doing. It looks like NPPS is using the internet to rectify this occasional gap.

Another change has been to replace the “brick and mortar” NPPS Safety School with online courses: play inspectors certification courses for early childhood and elementary educators, a playground supervisor course for child care providers, and an early childhood play inspector recertification course. Soon they plan on a playground supervisor training course for elementary schools and a playground maintenance course for “frontline” workers, those who are at “ground zero” in maintaining play spaces.

Thompson indicated that the online courses in 2012 were well attended and so the traditional Safety School has not been scheduled for 2013. Instead they are offering between 4 and 6 sessions of each course for the spring and fall seasons. She did indicate that they can offer the Safety School on a contractual basis for those interested in a face-to-face, in person, classroom and playground format. Oh, and, on a clarification note, though their website lists other trainings such as an Awareness, a Focus, and an Intensive training, these are no longer being offered.

I notice another change with these online courses – there is no longer one safety course to cover all ages and roles. Separate trainings for inspectors, supervisors, and maintenance crews for both the preschool crowd and the grade school kids are now offered or are in development. It just goes to show that not all economizing changes are a step backwards. In fact, it appears to me that these changes are steps forward, if utilized and promoted well.

Another change at NPPS due to a “skinny pocketbook” has been the suspension of National and State Playground Report Cards on play space safety – and maybe also the cessation of research and data collection concerning safety.

In both 2000 and 2004, NPPS issued Report Cards to the United States in general and to each state individually for their school playgrounds, child care play spaces, and parks. The U.S. general score improved from a C in 2000 to a C+ in 2004 and, while Thompson suspects the “grades” to still be improving, she no longer has the funding to revisit over 3000 sites and issue new grades.

I can't help it – as a parent of school aged children, I wonder if NPPS is going to assign the U.S. homework. After all, a C+ is an unacceptable grade in my opinion. Could that specific “homework” assignment be the focus of the Playground Safety week? But my musings are getting ahead of us – more on this yearly focus week below.

Meanwhile, back to the research mission, I wonder if the end of their research on safety was solely because of the end of the program with the Iowa State Legislature or if it died due to a shift in internal focus. In 2003 and 2004, NPPS participated in a dual purpose program that would provide rubber surfacing for playgrounds and collect research data as to the play safety before and after installations. (By the way, I couldn't find the results or the data that was collected.)

Since that time there hasn't been any further research or data collection. Their new mission statement indicates instead, a role of advocacy for playground safety. And yet, with a January 2013 news article on the importance of recess in the schools, I wonder if they are joining in advocating for play time as well as for play safety?

For me, one change I'm sorry to see is the more limited Kid Checker program. Thompson explained this was due to the Kidd brothers growing up and moving on with their lives. Unfortunately, Andrew and John Kidd are no longer formally involved with NPPS, and the interactive website that trained “kids” to be inspectors is gone. What remains is the Kids' Checker Checklist, a simple playground checklist based on S.A.F.E. Principles, and a companion DVD program for younger kids, the Sammy's Playground Pointers.

However, returning to steps forward, another plus of the internet format that NPPS is using is the easily accessible links to the ADA, ASTM, and CPSC national standards as well as many, though not all, state play safety regulations. They also provide a listing of early childhood and elementary play inspectors that have completed their safety schools. In these ways they continue to be something of a clearinghouse in the play safety industry.

Again, these steps provide some information, and yet I'm wondering, what is the latest research on playground safety? Are no more studies being conducted? Patience, Jan, perhaps it all will be revealed in the coming weeks and months through their News and Update Center.

From my digging through the NPPS website, it appears that the core of NPPS remains the S.A.F.E. Program. S.A.F.E. stands for Supervision, Age-appropriate play, Fall Surfaces, and Equipment which they ably explain through short online videos and hardcopy brochures. Through their website and their guide, The National Action Plan for Playground Safety, they outline how to implement this program nationally, state-wide, and locally.

During the safety week NPPS announces the annual winners of the Ahrens Playground Safety Advocate of the Year Award and the John Preston Playground Safety Award. Since 2002 NPPS has awarded the Ahrens award to individuals that promote playground safety and since 2005 the Preston award has been to an organization or agency that is creating safe play spaces. My wish? That these industry examples receive more than a name mention on a compiled list. Teach me about their achievements and their ideas on safety so I can be inspired. And the photographer in me would love to see a “mug” shot as well.

One final musing…is there a state or county that should be awarded and spotlighted for improving their playground safety? For getting their homework done and raising their grade? *nudge, nudge*

All told, despite the funding cutbacks, NPPS continues to move forward and makes the best of the situation, so that, as Thompson says, “playgrounds will be safe for children.” And, by all means, if you have an “extra” $300,000, please send it their way.