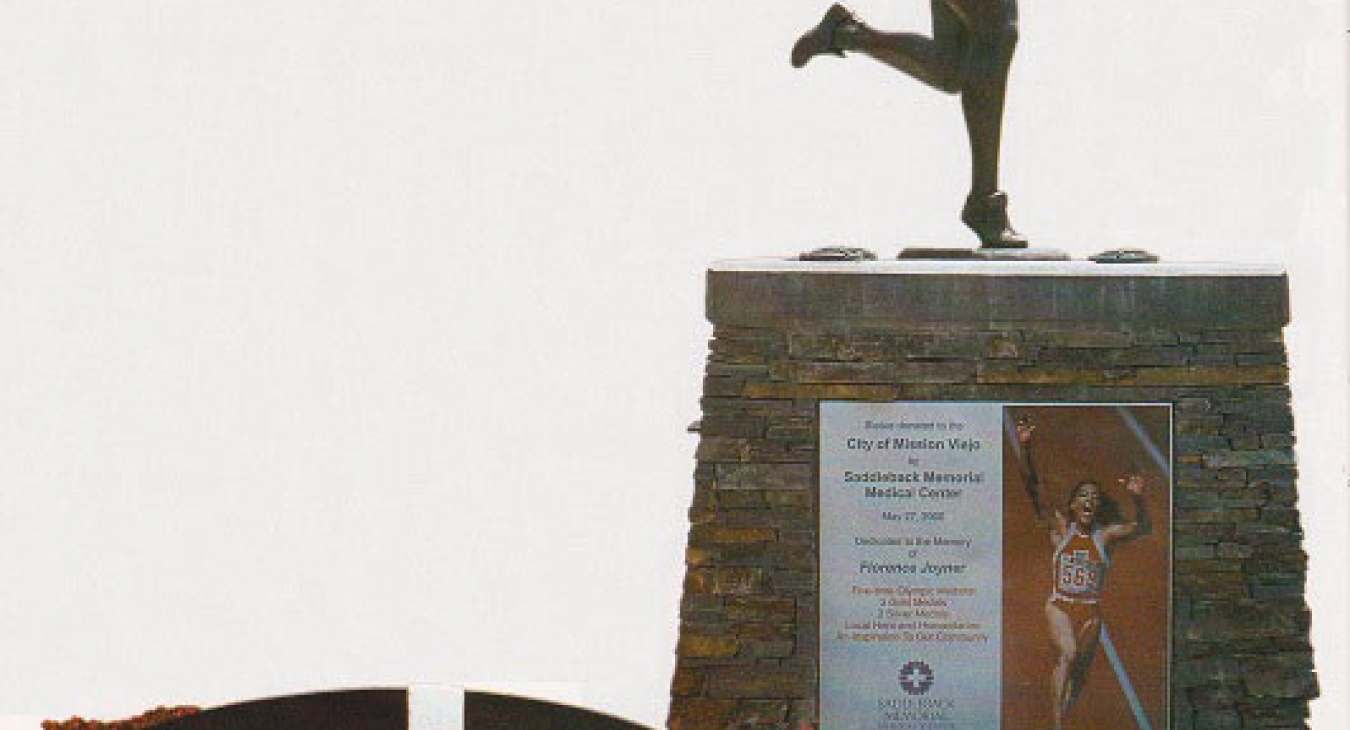 In a unique mixture of Olympic celebration and athlete memorial, Florence Joyner Olympiad Park in Mission Viejo, Calif., is a constant reminder of the importance of living life to the fullest and of the power of a goal.

In 1984 the Summer Olympics came to Los Angeles. The sunshine of Southern California welcomed athletes from across the globe. Despite the boycott of the Soviet Union and some of its Communist allies, the Los Angeles Olympics had a record 140 countries involved. 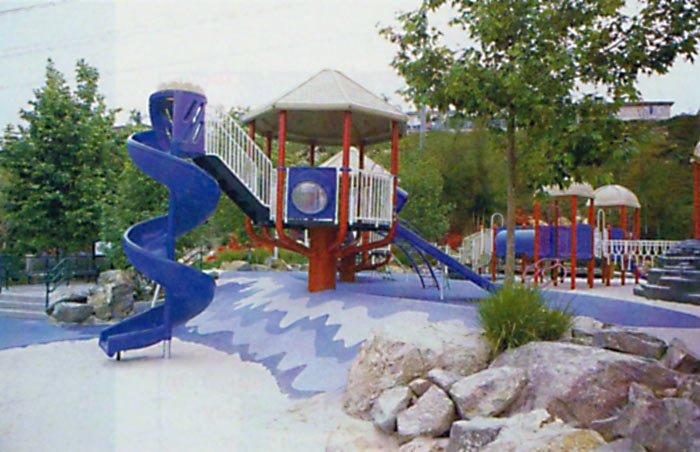 Florence Joyner Olympiad Park is located on the road that was used for the cycling road race at the 1984 Summer Olympics.

On the track at the Los Angeles Olympics was a young athlete named Florence Griffith. She was a native of the Watts area of Los Angeles and was competing in front of her hometown crowd. She won the silver medal in the 200-meter dash and achieved her goal to be an Olympian. However, it would be four years later, after she married fellow Olympian Al Joyner, that "FloJo" would really turn heads at the 1988 Summer Olympics in Seoul, South Korea. At the 1988 Games, after semi-retiring after the Los Angeles Games, she won two individual gold medals (100-meters and 200-meters) and one relay gold medal (400-meters). She rounded off the Games by taking the silver medal in the 1,600-meter relay. FloJo won all of her medals while expressing a distinctive style in her dress and actions.

Shortly after the 1984 Olympics, the city of Mission Viejo named the road the bike race was run on Olympiad Road. Some land on the road was allotted for a park. The city has a policy that parks will be named for the street that they are on. Thus, the new park was called Olympiad Park. 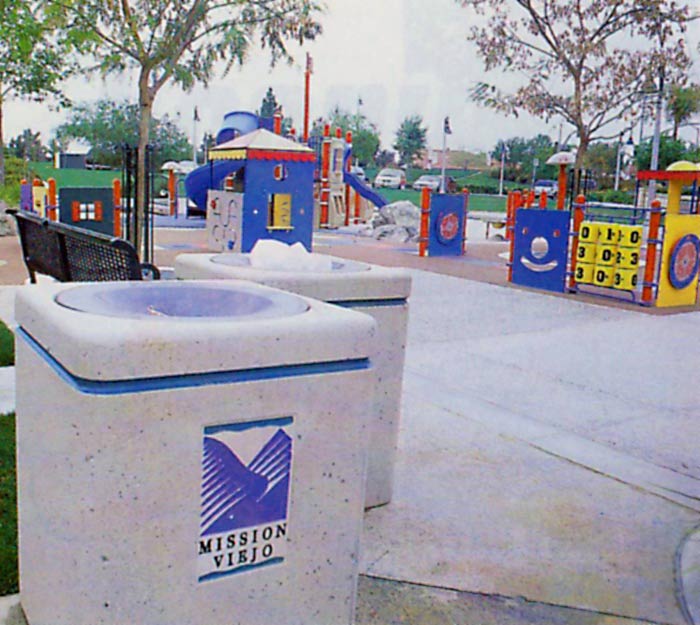 The play area includes natural trees and grasses so that children can have an environmental experience. The entire play facility encourages fun and safety. There are benches and shade for parents, as well as special surfacing that creates a pathway from one part of the playground to another.

When Florence Griffith Joyner died unexpectedly in 1997, the citizens of Mission Viejo asked if the park could be named in her honor. With the park's preliminary plans already in place and with the city working with the National Olympic Committee on the details of the park, the city decided to name the park after this great Olympian and included a bronze memorial statue of her at the entry of the park. The statue was donated to the city by Saddleback Memorial Medical Center.

One of the most memorable features of the park is the play equipment. According to Keith Rattay, the city's landscape architect, the playground was designed to be a possible "Olympic Village," complete with housing (a tree house), a docked ship in the marina and a several other large climbing structures to liven a child's imagination. 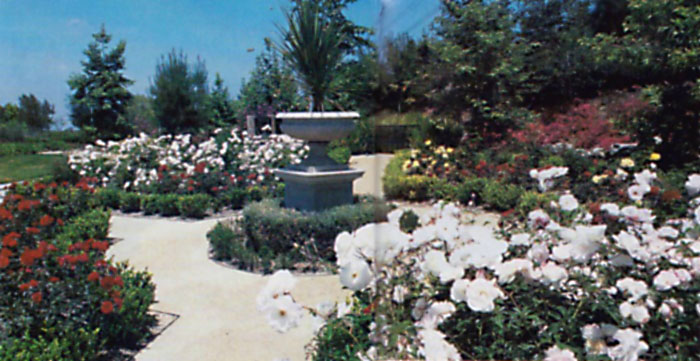 Olympic Gardens uses plant life from all around the world to give it an international feel.

The city used equipment from five different manufacturers with the larger structures being supplied by Miracle (the tree house), GameTime (the rock climbing area) and Little Tykes (the docked ship).

The play area was specifically planned to separate the different age groups. This helps minimize injuries and makes the park more enjoyable for the children who use it.

The supervision areas are complete with shaded areas and benches for parents to sit on while watching their children. The play area has wild grasses and trees mixed in to give children the chance to interact with their environment. 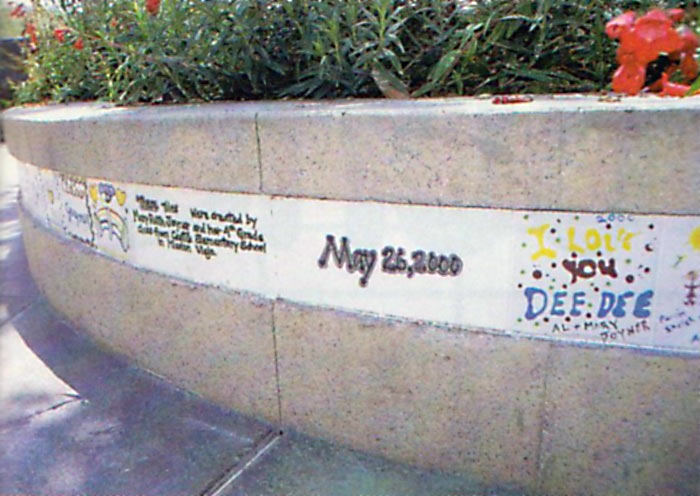 These tiles, included as part of the park, were created by Mary Ruth Joyner - Florence Joyner's daughter and members of her class.

The design of the play area fits in well with the park. It gives children a place to play while also keeping with the Olympic-based themes prevalent throughout the park. The variety of the equipment used also makes the park different and noteworthy. The pieces of equipment are all intermingled and used together to make a complete play area.

In the five years since " FloJo's" untimely death, the city of Mission Viejo has not only kept her Olympic spirit alive, but the city has also kept the joy of her life alive by providing a joyful place for children to go and create their own dreams of being Olympians.

... the playground was designed to be a possible "Olympic Village," complete with housing (a tree house), a docked ship in the marina and a several other large climbing structures to liven a child's imagination.