ADA Requirements for Playgrounds... Made Simple 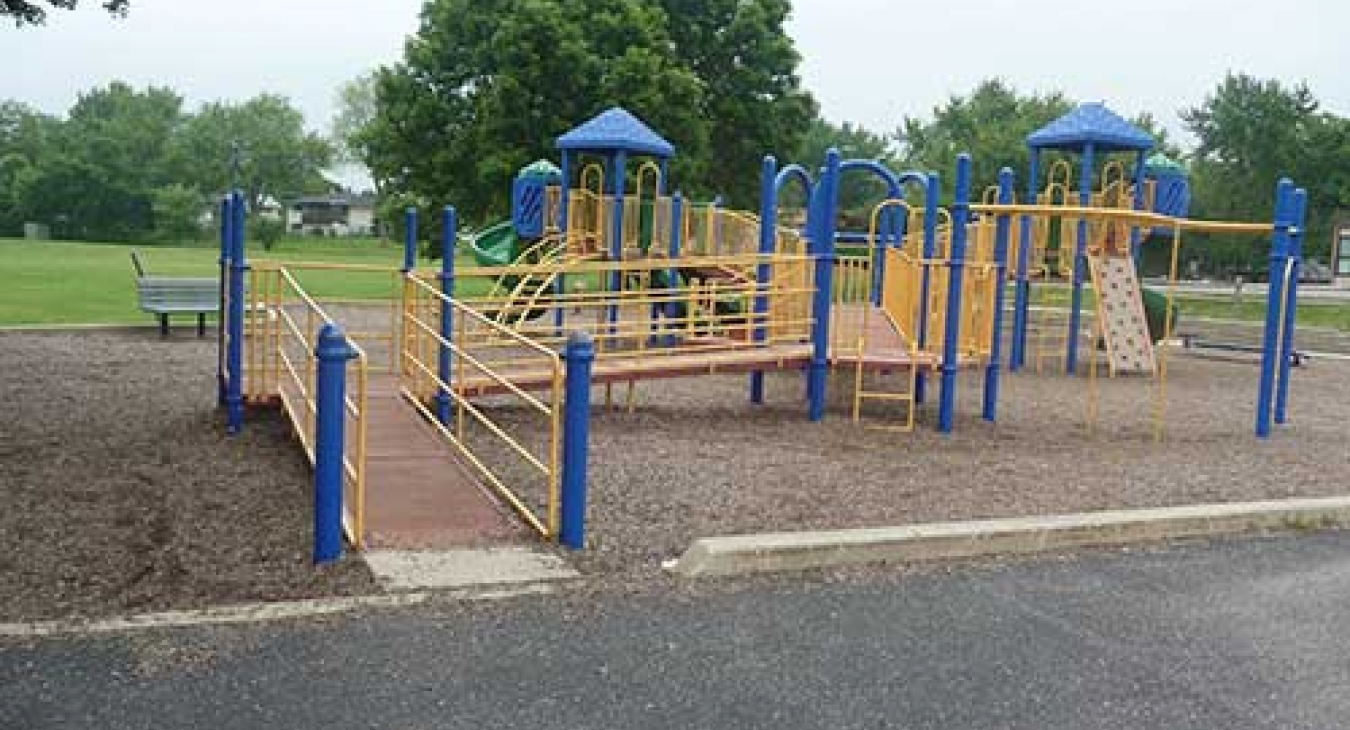 The Americans with Disabilities Act (ADA) imposes simple concepts, like nondiscrimination, on many environments, including playgrounds. Playgrounds are, however, complex environments. The resulting requirements for new playgrounds as well as existing ones vary based on whether they are government-owned, privately-owned, or owned by homeowners’ associations or churches. This can seem daunting, but with some basic information as guidance, the requirements can be met.

The Americans with Disabilities Act became effective for states, local governments, businesses, and nonprofits on January 26, 1992. The ADA is the first federal civil rights law that applies whether an entity has received federal funds or not.

The ADA requires states, local governments, businesses, and nonprofits to adhere to the most current design standard published by the U.S. Department of Justice (US DOJ). The standard in effect from 1992 to 2012 was known as ADA Accessibility Guidelines (ADAAG), or the 1991 Standard. There was another standard too, the Uniform Federal Accessibility Standard (UFAS), and it was primarily used by federal agencies. It can no longer be used by local governments today. The 1991 Standard adequately address elements in typically built environments but did not address playgrounds, fitness facilities, sports fields, golf, aquatics, or other recreation spaces.

In 2004, after 11 years of research, public participation, and careful study, the U.S. Access Board published the 2004 ADA/ABA Guidelines. In the title, the ADA refers to the Americans with Disabilities Act (ADA). The ABA refers to the 1968 Architectural Barriers Act (ABA), which applies to sites and facilities funded or operated by federal agencies. The 2004 ADA/ABA Guidelines are important because for the first time they provide both scoping and technical requirements for playgrounds and many other (but not all) types of recreation and park environments. The 2004 work did not address outdoor recreation areas, such as trails, campsites, beaches, picnic areas, and the like.

In 2010, the U.S. Department of Justice adopted and published the aptly-named 2010 Standards for Accessible Design, which was the 2004 ADA/ABA Guidelines with a new cover and narrative. This is appropriate; only US DOJ has this type of rulemaking authority for states, local governments, businesses, and nonprofits.

In determining the requirement to meet, do not forget states, city, and county ordinances. Where a state, county, or city has an access requirement that is more stringent than the 2010 Standards, it must be followed for the aspect that is more stringent. For example, were a state access code to ban engineered wood fiber (EWF), which at least three states have considered, then that would be viewed as more stringent than the 2010 Standards. Your agency would have to comply with that ban on EWF.

Other federal agencies with rulemaking authority have adopted the 2004 work. In 2006, the General Services Administration (GSA) adopted the 2004 ADA/ABA Guidelines for their operations, such as federal employee daycare sites. In 2008, the Department of Defense (DoD) did the same, and the DoD Standard applies to all military installations, contractors, and facilities.

Treatment of State and Local Government Playgrounds (New and Existing)

A county, city, school district, or special purpose park and recreation district such as, for example, Morris County (NJ), Las Vegas (NV), or Deerfield Park District (IL), when designing or constructing a new playground, must adhere to the 2010 Standards regarding these new playgrounds (new is after March 15, 2012).

Regarding existing playgrounds, a state, county, city, school district, or special purpose park and recreation district is required by Title II section 35.105 to evaluate its existing sites for compliance with the only playground access standard, the 2010 Standards. Many in the world of playgrounds refer to this as an access audit. At every existing playground, a listing of every access deficit is compiled and a recommended solution for each is considered.

The US DOJ has made it clear that not necessarily every existing site needs to be made accessible (see section 35.150(a)(1)). Therefore, integral to this process is the application of the complex “program access test for existing facilities” found at Title II 35.150. The process should yield the number of agency playgrounds that will, over time, be made accessible. That retrofit work must comply with the 2010 Standards.

But...how many recurring sites, such as playgrounds, must be made accessible? There is no US DOJ ratio here. It is a community-by-community solution. Many entities work hard to integrate these retrofits into already existing capital plans and playground replacement schedules. Units of state and local government must convert this work product into a 35.150(d) transition plan.

The transition plan must identify every barrier at every site, note the solution, name the person responsible for barrier removal, and note the date by which barrier removal will occur. As a smart practice most agencies also include the retrofit cost.

For both new and existing sites, ASTM Standards, such as F1487, F1292, and F1951, which are incorporated by reference into the 2010 Standards, should be blended in. Here it is interesting to note that the ASTM term “public use” has a definition that does not perfectly match the ADA Title II and ADA Title III definitions for playgrounds owned and operated by certain types of entities. It is unlikely this will change. It is therefore important to be aware of this difference and be able to use all three terms appropriately.

There are more than 7,000,000 businesses and nonprofits that open their doors to the public and in return for cash, provide goods, services, facilities, or experiences. These privately owned places of public accommodation are subject to Title III of the ADA. The Title III regulation, last published by the US DOJ on September 14, 2010, and effective March 15, 2011, requires the businesses and nonprofits with playgrounds to, in section 36.401, adhere to the 2010 Standards.

There is a great variance between different entities within Title III. Everything from a YMCA to a fast-food restaurant to a resort hotel may have a playground, and all are subject to the 2010 Standards.

A for-profit child care entity, such as a KinderCare, must, as an example, when designing or constructing a new playground, adhere to the 2010 Standards regarding new playgrounds (new is after March 15, 2012). That very same KinderCare has an economic incentive for compliance as well. Both a tax credit (up to $5,000) and a tax deduction (up to $15,000) were created by Congress to aid businesses in compliance. Nonprofits and governments don’t benefit from this approach.

Of course, knowing what barriers to remove requires first an access audit. ADA Title III is silent on whether a business or nonprofit is required to have an access audit. By inference one is inferred, but it is not a black-and-white requirement as it is for states and local governments.

It is critical here that the approaches for existing playgrounds be kept separate. The program access test is radically different from the readily achievable barrier removal test. Confusing them could be disastrous for playground professionals and playground owners and operators. Quoting Dr. Egon Spengler, “Don’t cross the streams.”

For both new and existing sites, do remember to blend in the more stringent state and local codes.

For both new and existing sites, do blend in ASTM Standards, such as F1487, F1292, and F1951, which are incorporated by reference into the 2010 Standards. Remember that the ASTM term “public use” has a definition that does not perfectly match the ADA Title II and ADA Title III definitions for playgrounds owned and operated by certain types of entities.

How Does the ADA Apply to Playgrounds at Private Schools?

A privately owned school is a Title III public accommodation. A private school with a playground is a Title III entity and is subject to the 2010 Standards and Title III.

How Does this Apply to Playgrounds at Churches?

How Does this Apply to Playgrounds at a Homeowners Association (HOA)?

A homeowners association (HOA) is not a local government, nor is it a business or nonprofit open to the public. Therefore, it is not covered by Title II or Title III. There is some news here and a caution as well.

First, the U.S. Department of Housing and Urban Development (HUD) has not adopted the 2004 ADA/ABA Guidelines. That means the play area requirements are not mandated by HUD. Today, HUD uses the Uniform Federal Accessibility Standards, which do not address sports fields, playgrounds, sports courts, pools, golf courses, fitness centers, and more. Why HUD continues to use old UFAS, and why HUD has a standard that does not address any recreation elements, is not clear. However, that is the status today.

In April of 2013, the HUD and the US DOJ published a joint statement regarding accessibility and housing. There are some grey areas. Perhaps the most important is that a playground at an HOA, if used only by residents and their invited guests, is likely exempt from the ADA. But if the HOA allows members of the general public to use the playground, it converts the playground into a Title III entity.

Again, look for state, county, or city codes that may apply. There are some HOAs that have more than 40,000 residents. It seems contradictory to have a massive exception to access requirements here. But a call to the US DOJ technical assistance line at (202) 514-0301 will confirm that in general, the HOA playground need not comply with the 2010 Standards.

That does not mean it need not comply with ASTM standards, however. That includes F1292 and F1951. An HOA cannot decide if it will follow F1292 and ignore F1951.

What are the Rules for Grandfathering?

Trick question: there is no grandfather clause in either ADA Title II or ADA Title III. Do not use this phrase.

Any Smart Practices or Resources in this Area?

The U.S. Department of Justice provides good technical assistance regarding policies, programs, and more. For information, visit their website at www.ada.gov or call (202) 514-0301.

Engineered Wood Fiber from a company that has shown its materials to be certified ADA accessible if installed correctly and maintained correctly is the best choice for accessibility, longevity and cost effectiveness. Poured in place has a number of unacceptable hidden hazards- the surface becomes unacceptably and hazardously hard often fairly quickly (greater that 200 Gmax and HIC 1000- which many think should be lowered in any case) and dangerously hot - much hotter than asphalt at the same air temperatures- as high as 170 deg and more has been measured with air temperatures in the 90s deg F.
In addition even if meticulously maintained the PIP starts to crack, break up and form potholes that are difficult to navigate.

My 3yr lives LA.CA goes to private school..I was picking him up he was dangling on a playground where there is a broken cheap chain link rail..Owner said their in COMPLIANCE..To me its unsafe so my daughter is taking him out of this school.

Does mulch have to be certified for public schools to use on playgrounds? Thanks, Grounds guy for HHSD.

What type of specifications does ada acceable mulch have to have to be considered as acceptable.
I am with a Parks and recreation advisory board and the department is using a engineeed mulch from a local contractor. We found this mulch unexceptable. Now they are using it again as it is cheaper. When I was with the dept we always used fibar type mulch or rubber poured in place which they no longer are interested in applying to the playgrounds. I think that they should consider the poured in place rubber for full access but I would like to know what the ada standards are.
Thank you in advance for your attention to my question.

Play around in HOA