The Challenge of Inclusive Sports 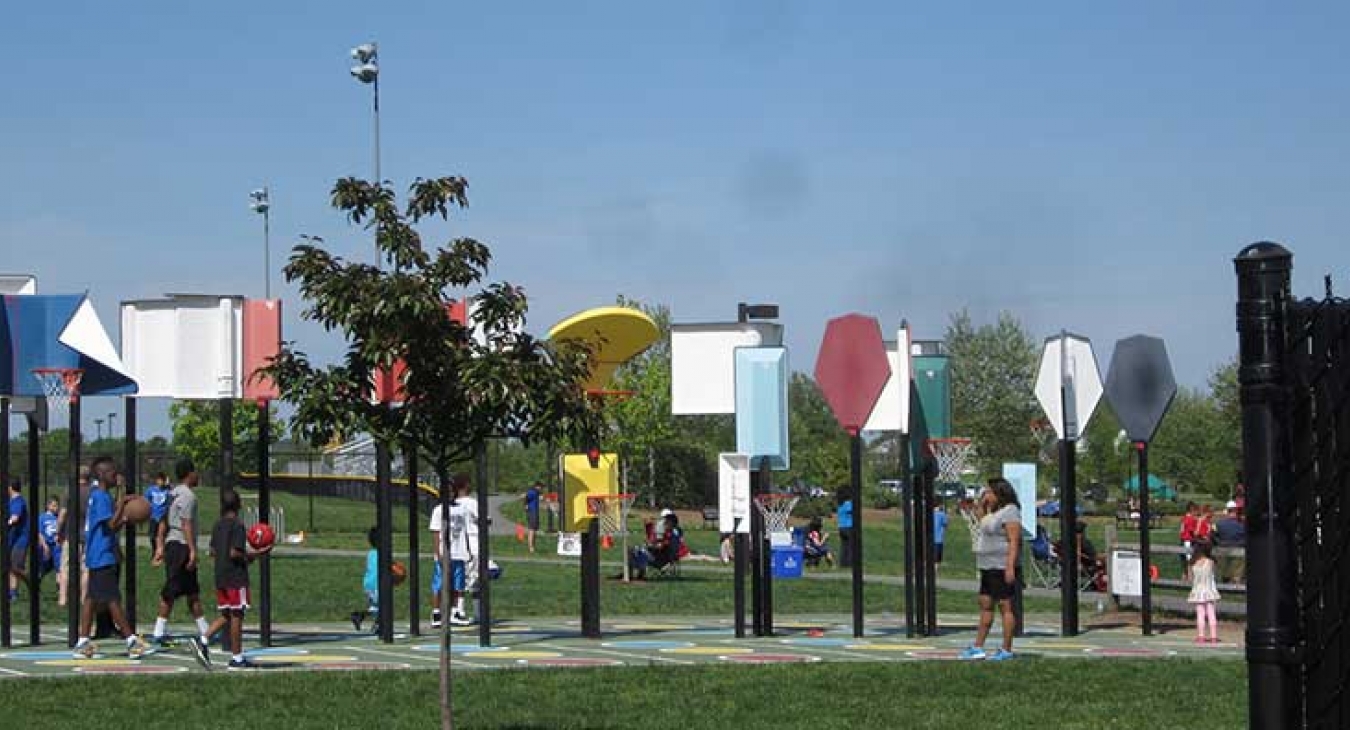 The question needs to be asked: How can we mainstream the physically challenged into sports activities? The trend to make playgrounds more inclusive has been a tremendous stride in the right direction. However, inclusive playgrounds do not answer the challenge to offer ball-playing sports to those with special needs. While there are some excellent programs like Miracle League that provide a baseball experience with a host of buddies to assist the players, these programs limit the opportunity to play to specific planned events. Where can the physically challenged play ball without waiting for a planned program?

Those with physical challenges would best enjoy a sport that is self-competitive, that is, not against but alongside others. Taking on the challenge of the course or court rather than against others allows for alongside play. The National Association for Recreational Equality calls for communities to be sufficiently sensitive to the needs of all children. It is not being suggested we do away with traditional sports, but that we augment them with new, innovative, and inclusive opportunities.

Published articles continue to be written by playground and recreational professionals that comment favorably on winning at sports. Often, “winning at all cost,” and they mean that. Winning is defined as defeating other contestants, beating opponents. The articles reflect an unfamiliarity of the important recent research documenting evidence to the contrary, that is, against the notion of promoting participation in sports and recreation oriented to winning and losing.

Many apparently remain oblivious of the research especially by Alfie Kohn in his very important book, No Contest: The Case Against Competition, and Emily Bazelon’s, Sticks and Stones: Defeating the Culture of Bullying, my own, and Barbara Coloroso’s books as well as other important studies on bullying and violence that can stem from an overemphasis on competition and winning.

Play without winners or losers, without defeating and “beating” others, scores as among the most promising but inadequately explored approach to ratcheting down violence in society. When competing against others, there is but one winner and many losers, any number of whom, defeated, walk off deflated and discouraged, understanding themselves to be “playground losers.” They learn to see themselves as unsuccessful, non-winning, non-athletes often enough, particularly when they are young. They walk off the field of “play” with feelings of failure and discouragement. Just as the winner walks off inflated, often thanks to some physical attributes, such as size, strength, age, and gender, the opponent leaves the area of play defeated. In the mind of the community and our recreation and playground professionals who provide leadership in matters of inclusion, integration, and socialization, play can still be play without the need for opponents to defeat.

I would suggest Alfie Kohn's book, No Contest, from which the following quotation is taken: "…competition sabotages self-esteem. Often it even warps recreation by turning the playing field into a battlefield.” Precisely the reason why when considering our play areas, playgrounds, and playcourts, communities should endeavor to provide facilities advancing total-mix diversity based on universal design – those accommodating participants not motivated or oriented towards having to defeat others at sports and games.

We need more ball playing sports at which there are no losers or winners. The concept of self improvement at play with growth in self-esteem and proficiency as one begins to master the challenge of the sport should be advanced. This is achieved irrespective of ability or disability.

Fast moving sports with body contact exclude. Sports played alongside one another include. There are many of the one. Too few of the other.

In short, there is an obvious need for universal design drop-in recreation facilities – not solely programs – for the sake of balance. Communities should see to it that the sports a community provides are fun and challenging but also purposeful. There are important benefits of inclusion and integration for all, including special populations, derived from alongside, self-competitive play sorely missing in sports intent upon vanquishing foes. We know but fail to act upon the awareness that there should be integration and inclusion in our society’s sports for the differently able, wheelchair participants, and special populations. There ought to be drop-in facilities for them as for everyone else.