Let's Move Away From Aggressive Sports 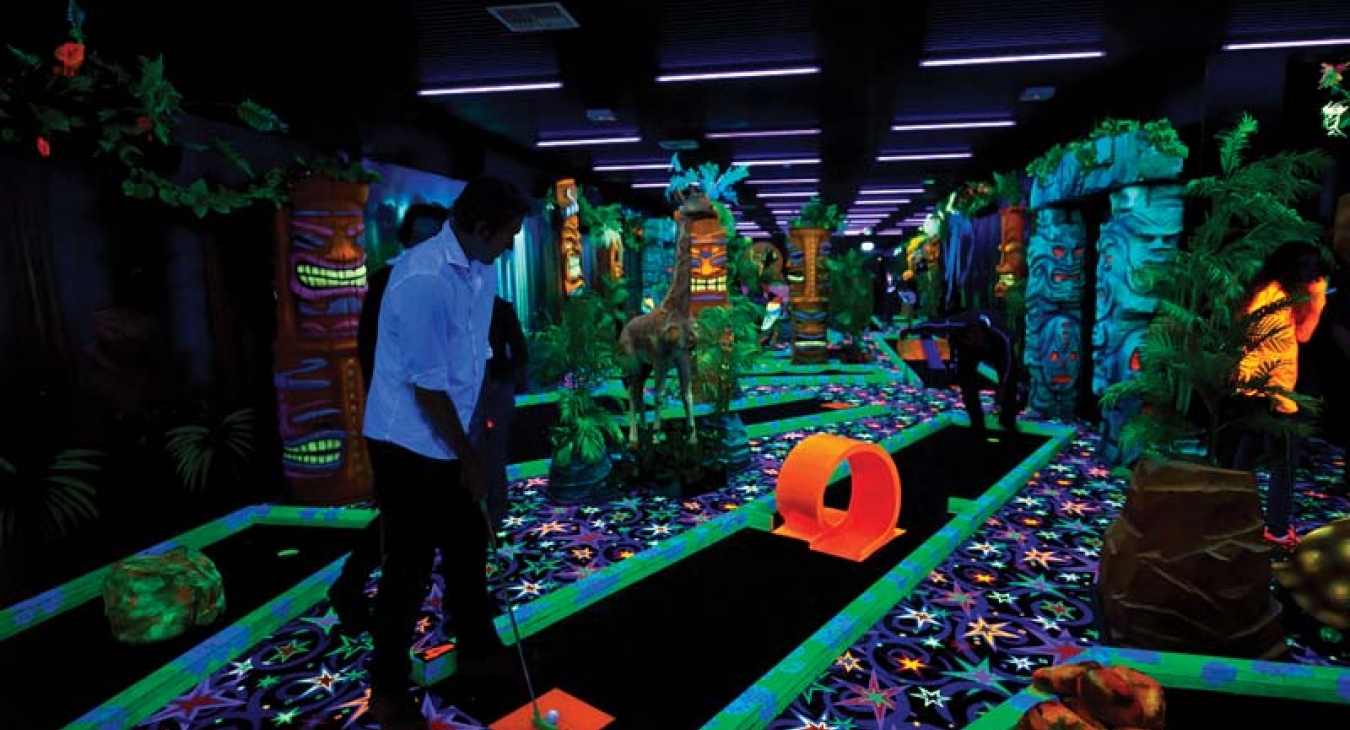 Some time ago, a social psychology experiment was conducted on 200 high school students. They were invited to play video games. Half played a war game called Mortal Combat, in which scoring is achieved by ripping off the head or disemboweling the opponent. The other half played a game called Helicopter Rescue, in which points are awarded for rescuing victims of fire, flood and other natural disasters. 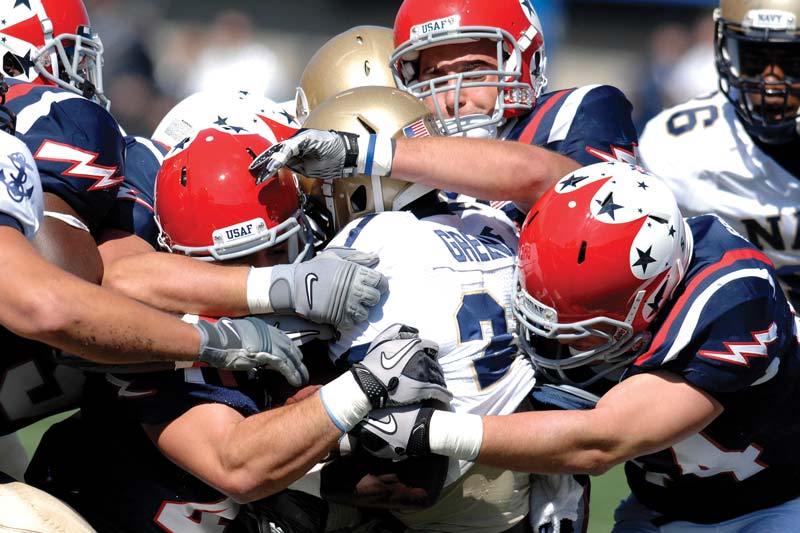 The second stage of the experiment was translating the points scored into cash awarded to the students. The students were then given the opportunity, as they were leaving, to contribute some of the monies won “at play” to charity and good works. Of those hundred students who played Mortal Combat, 14 percent made contributions. For the students of the Helicopter Rescue game, 73 percent contributed to charity.

What are we to make of the experiment?  It is important to be cultivating non-aggressive play in our games and sports facilities, for reasons self-evident from such social experiments. For society’s well-being  play needs to be conducive to acts of kindness and cooperation rather than fostering the defeat of rivals.

In our playing fields, we need greater balance for our communities. Conventional sports – baseball, football, soccer, rugby, tennis, etc. — are all power-oriented, antagonistic and aggressive. They are all opponent based. Players seek to “defeat” their rivals and try to “beat” them soundly, mercilessly — if not “to a pulp.” Sports and play are not the only places we see this attitude.

When participants play the course rather than opponents, they have not squared off against each other. They become playmates, not rivals. And feelings of friendliness and cooperation – even generosity and munificence are fostered, as has been shown. At the same time, we provide a level playing field for athletes who are physically challenged. Non-aggressive sports are multi-generational. They are non-contact, allowing that the sport may be played by all regardless of size, age or strength. 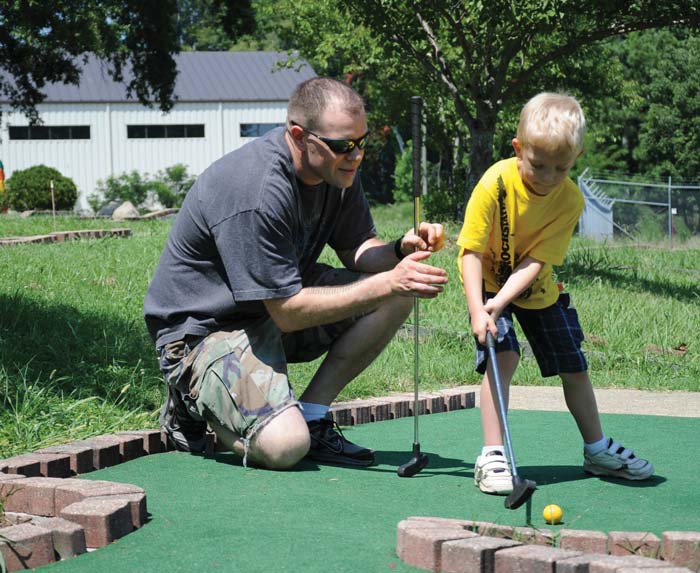 Wellington wrote that “the Battle of Waterloo was won on the playing fields of Eton.” Those “playing fields” – where warriors prepared for battle – are the furthest thing from the meaning of the word “play” as is generally understood by educators and social psychologists.

Play implies non-combat. “Play” is meant to dissipate rivalry and nourish friendliness and amicable attitudes toward one another. Yet, our playing fields offer “war-like” sports, fields of contention, where players of the winning side, as well as the losing side, are often injured and a taste for violence and blood are in evidence. Feelings and attitudes that too often are in evidence in societal venues other than at sports! 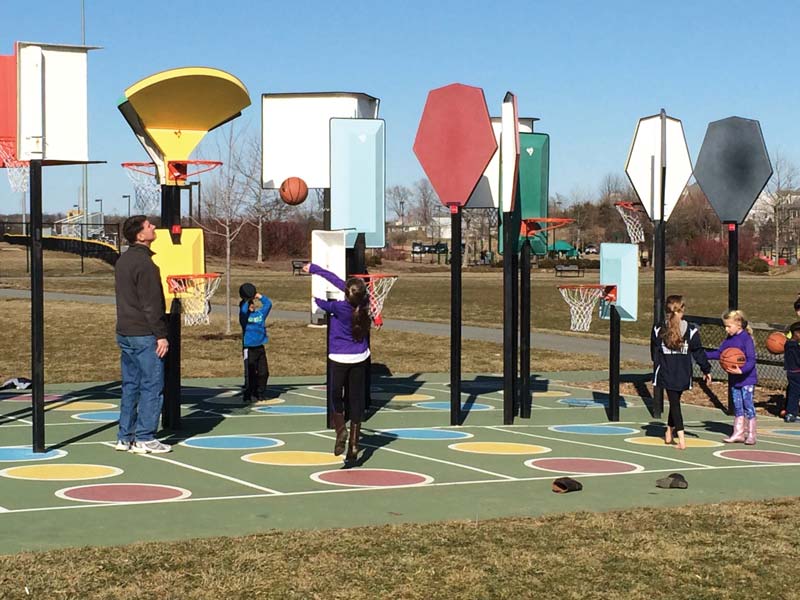 There are numerous antagonistic and competitive sports. There are too few cooperative sports. Our communities should actively support efforts that promote cooperation and inclusion. That outcome is achieved when players play alongside each other, not against each other.  Non-aggressive sports offer a sense of community, rather than a sense of hostility and warfare. The foundations for cooperative living and learning are established early on in life and what we convey and educate at play on playgrounds, play courts and playfields reflect importantly on the character of the youngsters we raise. Play and peace may appear yet in the same sentence after all. 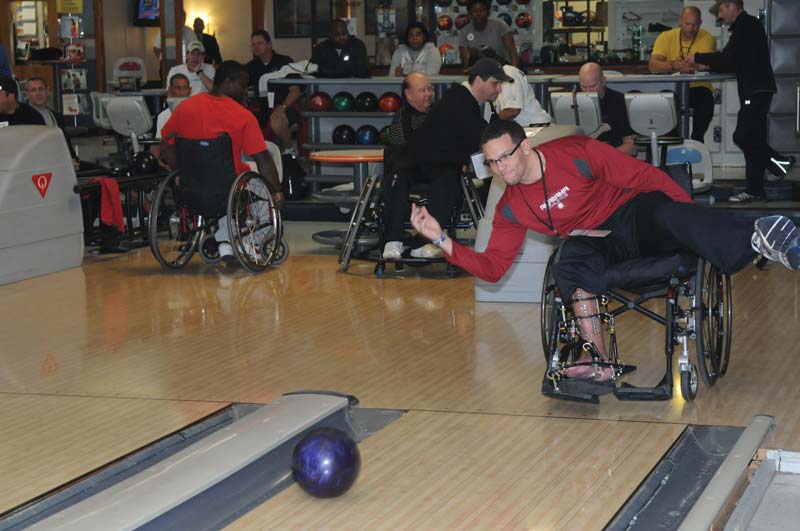 NARE: LET’S PLAY FAIR
WHEELCHAIRS + RAMPS = FRUSTRATION
I roll up itching to play ball and instead I watch. Foiled again!
I want to be playing ball like everyone else, all the kids I hang out with. As a teenager I’ve long ago outgrown interest in climbing playgrounds even if I could climb up.
As a wheelchair user I know that we separate not in the classroom but in the playgrounds - especially the ball fields. They put in a great many basketball courts, tennis courts, baseball, soccer and other games and sports fields for all the jocks and athletes. So some few athletes get all the attention and all their running sports that exclude me and I get nothing!
How can accessibility not make matters worse for the wheelchair would-be-players, for the differently-abled, for the cognitively and physically challenged? The ramps do not lead to inclusion but to our own immediate elimination- to banishment to the sidelines even before a ball is tossed. Why even show up? When was the last time you saw a kid in a wheelchair even show up with his friends at a sport intended for the participation of everyone else?
The special populations now have greater accessibility to total frustration. They can now roll on up to the perimeter to experience exclusion with ever greater irony than before the ramps were built. How can we be included in the pick- up games of conventional sports? Do I bring along 10 wheelchairs so I can get a game with average kids my age?
Where are the sports like Bankshot which allow all players to participate?
Gary D