The Gamification of the Playground 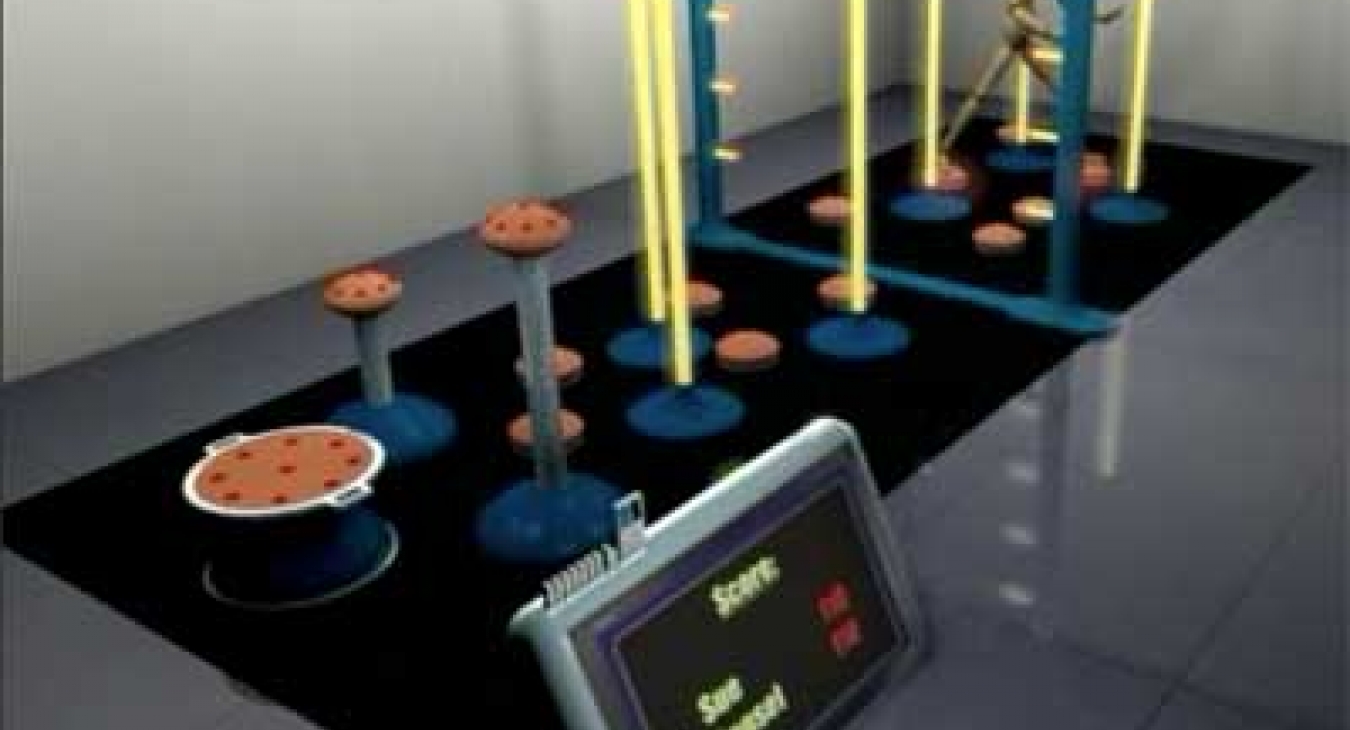 Personal Best - tech on the playground 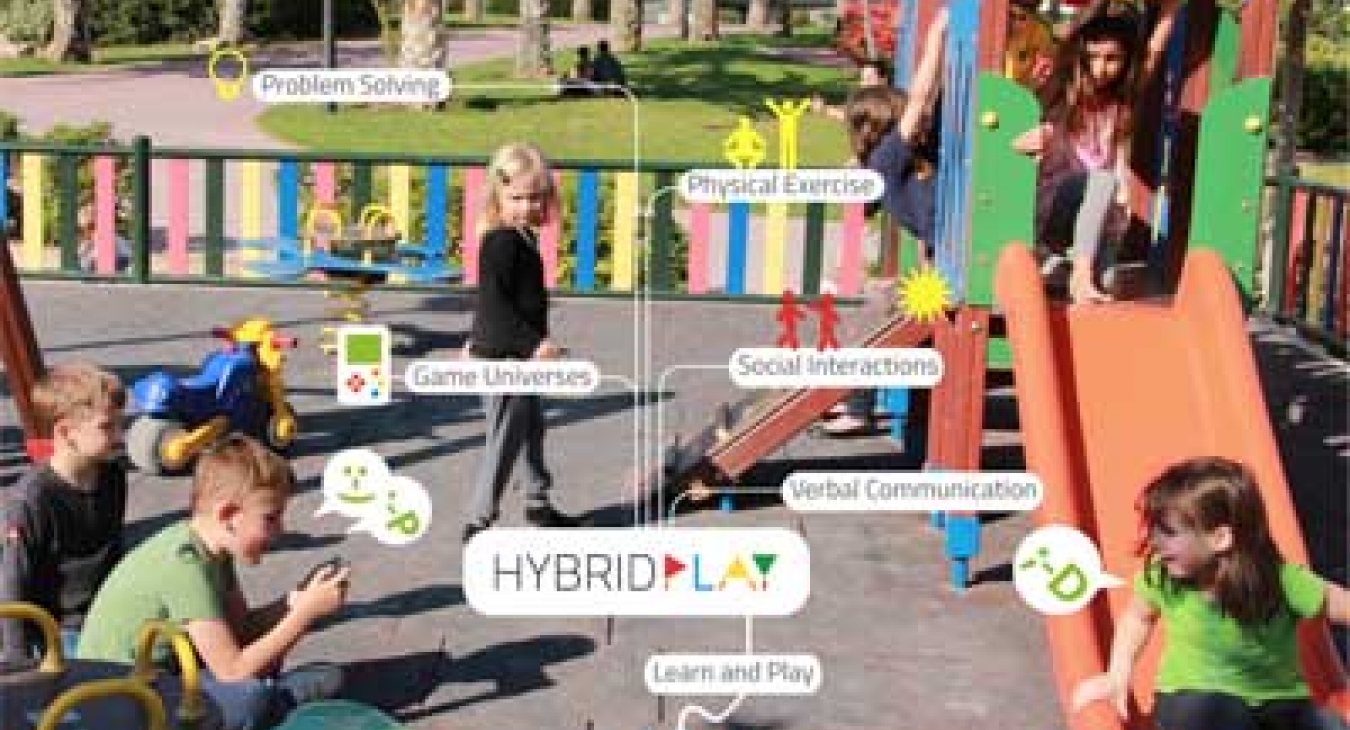 Throughout my childhood we played pretty much everywhere including the streets. Much of our play was kid-generated games and “projects.” During my daughter’s childhood, play happened in vacant lots, creek beds, and backyards. Now my grandchildren play on “safe” playgrounds, and the older kids opt for skateboarding and dirt bikes. So it doesn’t surprise me to see that the use of playgrounds today is predominately by parents with young children. Most playgrounds are designed for older children but the older kids find them boring. Wouldn’t it be great if we could find a way to entice older children back to the playgrounds?

To come up with a way to do this we have to look at what today’s kids do for fun. The answer, at least in part, is smart devices. I have come to think that we have entered the era of “cybersapiens,” part human – part machine. Today it is not uncommon to see toddlers playing with cellphones and elementary age kids with their own phones. Nowadays kids and smart devices are inseparable. As a society we debate whether this is a really bad development, but regardless of our opinions, it is very unlikely that the phone genie will ever get put back in the box.

So if we accept that most kids have, and will increasingly, have in their pockets general-purpose computers which can also make calls, how should playgrounds change to take advantage of this new technology to increase the amount of time kids spend in active outdoor play?

For the past decade I’ve been investigating how technology can augment child-directed outdoor play. My first effort was a product called Personal Best that consisted of an obstacle course for elementary school P.E. The design included many of the typical fitness challenges such as balance, flexibility, and motor planning. The technology was used in two ways: to adjust the level of difficulty of the obstacles and track student performance so that each child was presented with a challenge that was just above their past performance. This design allowed teams comprised of any mix of skill levels to play together as equals.

A mock-up of an interactive obstacle course using BTLE beacons and WiFi to control the behavior of the obstacle's lights and sounds in order to vary the degree of difficulty so that each child has a challenge and teams can be formed that are equal regardless of skills.

While the concept was great, the tech was just too bleeding edge. We used NFC (Near Field Communication) badges so the system could recognize the players and WiFi to connect with the program server. While we could get this to work after a fashion, the system would have been expensive, complex, support-intensive, and unreliable. If that wasn’t enough of a hurdle, we learned pretty quickly that schools and parents are very touchy about collecting personal data about students.

Shortly after we folded our tent on that project, both KOMPAN and Playworld Systems introduced interactive playground systems. While the companies took slightly different approaches to this concept, they both used the same fundamental idea; they use buttons and/or lights for tag-like play where the object of the game is to tag the interactive nodes to score points.

This idea works fairly well, the kids do get very engaged and physically active. There are issues with this approach that limits its wide adoption. One limitation is that the products are expensive. Another issue is that the appeal of the products tends to wear off rather rapidly. I believe I know the reason for this lack of sustained engagement.

Kids tend to engage in direct proportion to the amount of control they can exercise over their environment and the possible range activities. That’s why playing at the beach will always be more fun than at a typical playground. While these products do offer various games to provide diversity, they are not truly child configurable and thus become boring. Remember that our players are cybersapiens who are accustomed to being able to configure a lot of the content of their lives via their smart devices. I applaud the creativity and courage of both Playworld and KOMPAN, but I think that this approach is not quite on the mark to become the next wave of playground design.

Over the past two years I have been investigating the most recent hot new technological thought: the Internet of Things (IoT). The bedrock of IoT is the development of small low-power beacons that are embedded into the environment and communicate through Bluetooth with smart devices. What I have found is that this is very powerful stuff that will transform our society and economy. However, as it was in my first effort to use tech, the use of beacons on playgrounds is possible but not really ready for primetime. Currently there are no standards, product performance varies widely, and the tech is evolving so quickly that designs are often outmoded before they even get into production. This is very disappointing to me as I see so much potential in using beacons in location-based games and I can hardly wait for things to settle down.

Now that I have given you my personal experience and views on playground interactivity, it is time for me to share a really promising new development that I have stumbled upon. Since I follow both emerging tech and play, I recently ran across an Indiegogo campaign called HybridPlay. This system is based on very popular open source systems that are reliable and cost effective. The programing language is popular and easy to learn. Indeed I ran a summer camp this year and we taught a whole group of ten year-olds the language and they made some great games.

Rather than place the interactive nodes in fixed positions, HybridPlay puts the tech into “clips” which are like fat clothespins which can be placed anywhere on the playground. This approach caught my attention right away, because it allows very sophisticated technology, drawn from the exploding Maker community, to be embedded into the playground at a small fraction of the fixed systems currently available. It allows the kids to configure the playspace, which is a huge plus. Finally, it gives kids a creative high-tech tool to create their own games.

Sure there are questions to be worked out. Does it work? Is it really fun? Is it robust? How do you prevent loss of the clips? Etc. I have been in touch with the lead developer and we’ve talked about these questions and I am convinced that the issues are not only surmountable but actually produce new benefits.

Of course, the devil is in the software details. Not having played with the system yet, I’m not sure how well it does at connecting the players. I wonder about how the games deal with more than one clip. What are the dynamics between those kids who are active and those who are monitoring the smart device?

But while I have such questions, I also realize that I am thinking about this as a traditional product, and that is wrong. What we are really dealing with is, as the tech community calls it, a “platform.” One way to understand the difference between a product and a platform is to compare HybridPlay and its fitness games with the typical fitness band. The HybridPlay platform collects movement data to mobilize elements in a fitness game and the games themselves are totally configurable by the user. The HybridPlay games can have many players of all abilities. There can be many clips and many smart devices in play at the same time, and not all kids have to have one of these to be an important part of the game.

In contrast, the fitness bands collect user movement data to solely inform the wearer about their performance. The only game element is to reach user defined goals, and sharing with others is limited to comparing personal performance.

I’m very high on HybridPlay. I’m going to buy several to test with local kids. I’m particularly interested to see if it can help kids with limited mobility get more connected with other kids on the playground. If HybridPlay does, and I expect it will, it will go a long way toward making playgrounds more inclusive.

Since this is an open source product that relies mainly on off-the-shelf hardware and software, I’m not concerned that this is an early stage product being offered through crowd funding. If you want to test one in your playgrounds, go to https://www.indiegogo.com/projects/hybrid-play-turn-any-playground-into-a-video-game.

If the playground community gets behind this idea, we will see other producers using the same technology, and we will have a very powerful tool that supports a whole community that can bring technology-assisted fitness games to all playgrounds and perhaps make a significant contribution to the health of our children.