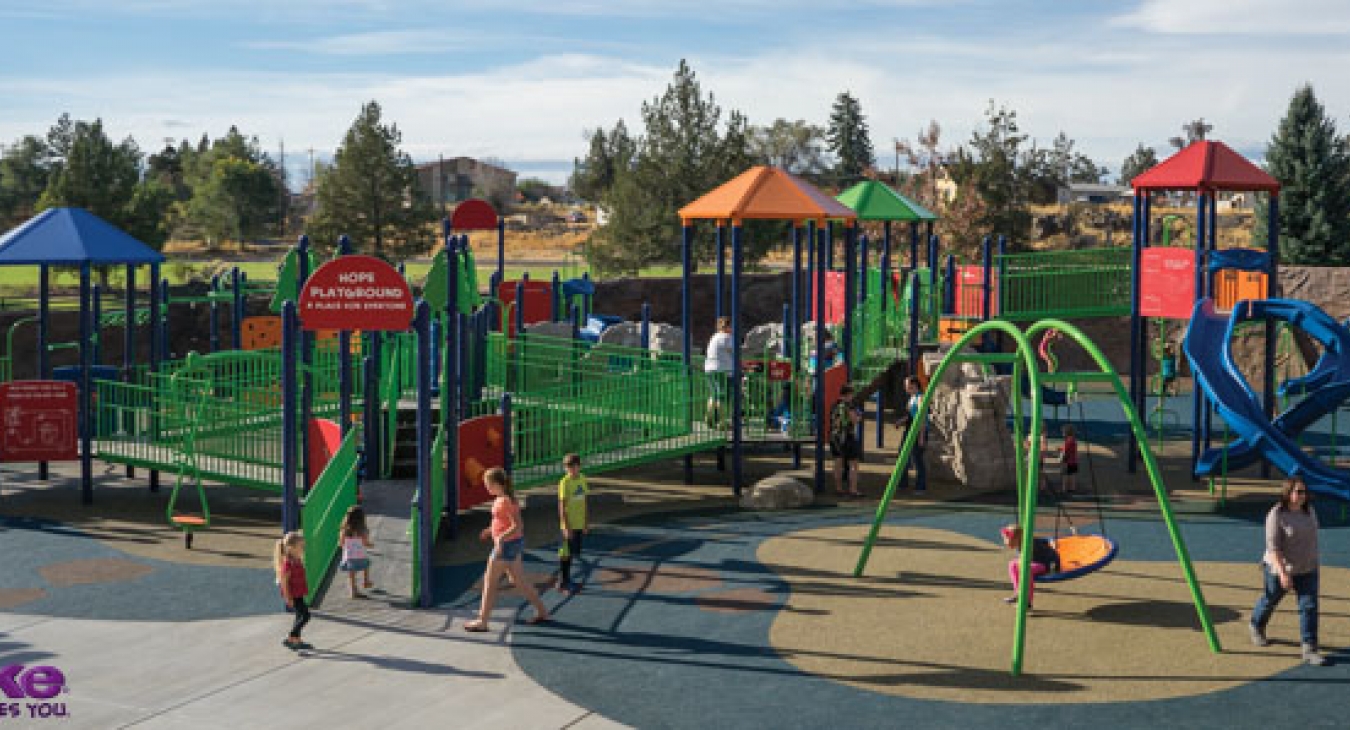 When a small group of moms in Redmond, Oregon approached the city about a new playground at Sam Johnson Park, they had no idea it would become the amazing, collaborative project it came to be. What is now the largest inclusive playground in Oregon, Hope Playground, opened in October 2015 and is a destination for children and families of all abilities. The opening of Hope Playground at Sam Johnson Park celebrates years of grassroots collaboration, design, fundraising, grants (most notably from the Kiwanis Club) and construction. The community rallied behind the idea that a premier inclusive playspace that offered the opportunity for children and community members of all abilities to gather and play together could make an impact in the entire region!