Where the Road Doesn't Meet the Rubber 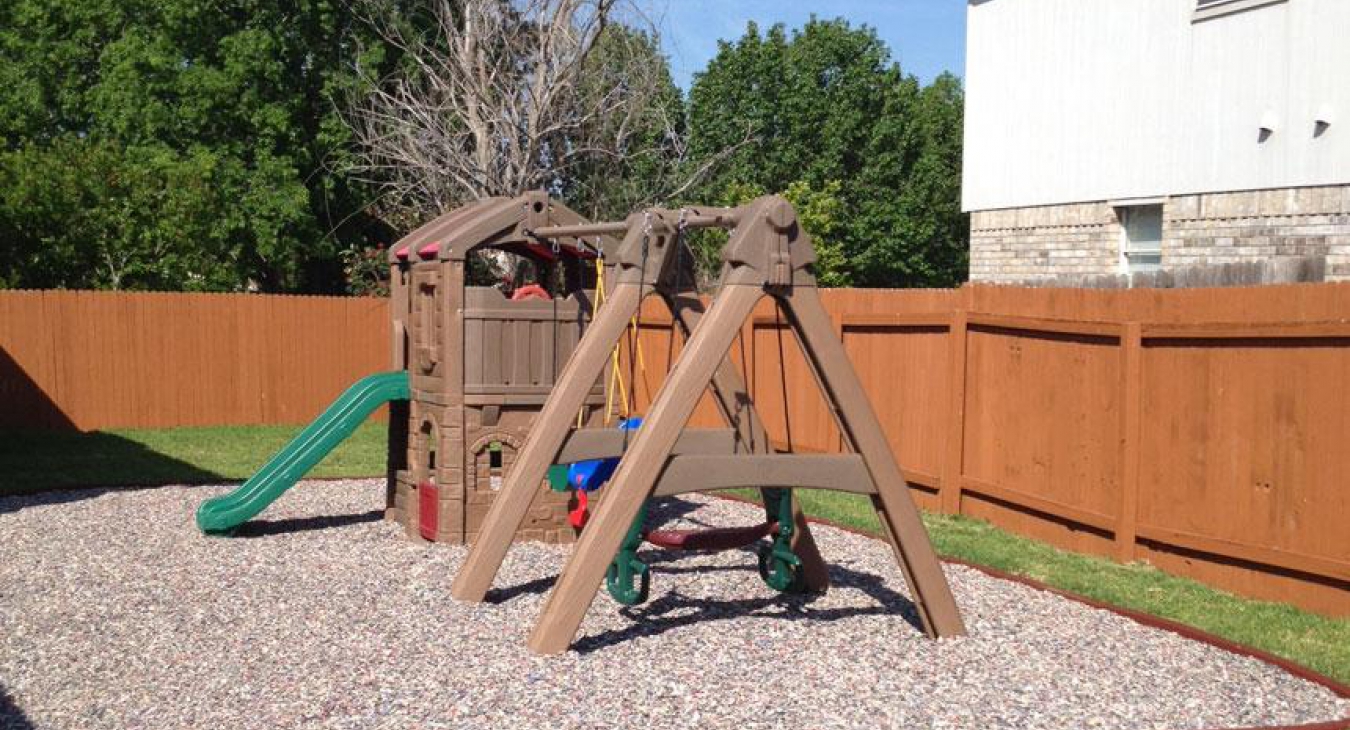 When it comes to safety on the playground for your kids, one of the biggest factors is what’s on the ground. In the last few years, several studies have been published regarding the physical and health safety concerns of parks—from the equipment used to padding and ground cover for play areas.

According to the Centers for Disease Control and Prevention (CDC), emergency physicians see more than 200,000 children with playground-related injuries each year. These injuries are diverse, from head injuries to fractures to internal bleeding. Ten percent of these injuries, a whopping 20,000, are treated for traumatic brain injury, including concussions.

One proven way to reduce the number of major injuries on the playground is installing a softer ground layer underneath playground equipment.

While rubber tiles have gained popularity for playground safety, the product can only be used on paved or stabilized surfaces. However, paving is not always possible or even desirable. For environments where a cushioned surface is needed—but paving is out of scope—shredded rubber mulch is a great option to help soften a child’s impact on the ground.

As the playground industry continues to innovate, some companies started producing the rubber mulch using recycled tires, which theoretically seems like a great use for both recycled materials and parks. Unfortunately, the mulch produced from shredded tires can contain steel cabling and wiring that can become exposed. Even worse, dangerous toxins such as petrochemicals or lead contaminants from roadway paint can live on the used tires.

In a study published in Water, Air & Soil Pollution conducted last year, researchers at the Yale School of Forestry and Environmental Studies identified multiple toxic compounds in sample shredded tire mulch. According to the study, the recycled rubber compounds included “nine are known carcinogens and another 20 are recognized irritants, including respiratory irritants that may complicate asthma.” The authors went on to summarize their findings with a warning for uses for recycled tire rubber: “Recycled tire materials contain and can release a wide variety of substances known to be toxic, and caution would argue against their use where human exposure is likely.”

These chemicals are often a reason children become covered in black soot after playing on the playground. In addition to potential toxins in the recycled tire compounds, there’s a possibility of contamination from road-wear, such as lead contaminants or petrochemicals.

As information has become more accessible on the dangers of rubber mulch from recycled tires, many communities have been working to have the material removed from local parks. While these are alarming findings, there are alternatives available on the market that are clear of wiring and toxins: virgin, non-toxic, pre-consumer rubber mulch.

Jelly Bean Rubber Mulch, which produces virgin rubber mulch exclusively, holds the industry-best safety fall rating—exceeding Consumer Product Safety Commission (CPSC) guidelines. The mulch can be used indoors or outside and contains no harmful organic compounds. It also exceeds California guidelines for indoor air quality. The mulch can be installed by any landscaping or volunteer crew, with easy, minimal maintenance.

Decision makers at educational institutions and park districts across the country should carefully consider recent findings and not disregard rubber mulch as a whole. Rubber mulches made from virgin rubber have been proven to be safe for children, provide superior fall and injury prevention for children, and be counted on to perform reliably for years.

So when it comes to the rubber meeting the road, sometimes never touching the asphalt is the safer choice.

Good morning! You should

Good morning! You should contact Jelly Bean directly. You can find their information in our Professional Spotlight Directory here: https://www.playgroundprofessionals.com/spotlight/jelly-bean-rubber-mul….

How long does the product

How long does the product last, and is there a warranty on Jelly Bean mulch? Does it stay in place when the wind blows?

How long does Jelly Bean

How long does Jelly Bean Mulch last? Is there a warranty? We live in Salt Lake City Utah and we have all the seasons here, included snow.