The Life of Recycled Tires: From Road Rubber to Rubber Mulch 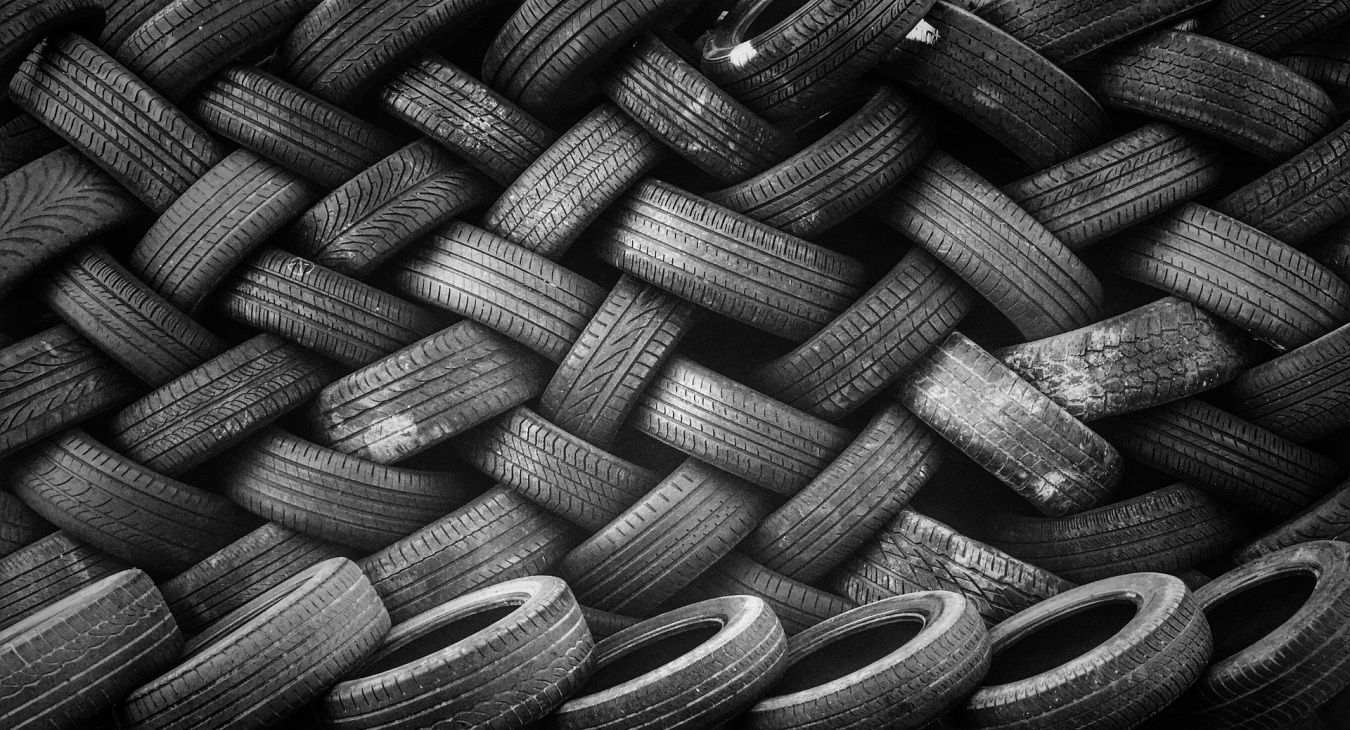 Each year over 290 million tires are discarded in the U.S. alone and disposing of all those old tires can be a big challenge for a lot of reasons. When used tires are sent to the landfill they cause numerous problems for both the landfill operators and the environment. Intact tires in a landfill tend to float to the surface of the trash heap where they make perfect homes for rodents and damage landfill liners, which can lead to even more environmental problems. And it’s not like those tires are going to disappear over time. On average, it takes a used tire around 50-80 years to decompose! For all these reasons, more and more states are requiring tires to be crushed before being sent to the landfill and in some cases, they’re banning them altogether.

See The Life of a Recycled Tire Infographic

It’s no secret to anyone that Americans adore their cars – and we have an awful lot of them! With two car families being the norm in the U.S., there are a whole lot of vehicles on the road. Our dependence on the automobile (and the infrastructure we have built to support it) has given us enormous freedom and unparalleled convenience. It’s also given us a lot of old tires to deal with!

The Problem with Tires in Landfills

So what should we do with all those old tires? The good news is that we’ve found some really great solutions! Recycling is becoming an increasingly popular way to deal with the many millions of tires that are discarded in the U.S. each year. And it’s not just about keeping the tires out of the landfill. Ground up rubber is a fabulous option for a lot of different applications. Its durability and softness make it an ideal material to use as an additive in flooring, tracks, and roadways and it has even made its way to the stalls of many a fancy horse barn. The uses for used rubber are numerous, which is a good thing because there’s a lot of old rubber out there that needs to be used.

One of the best ways to use discarded tires is to turn them into rubber mulch. Converting tires to mulch is a fairly simple process with long-lasting positive results. Rubber mulch can serve a lot of the same purposes as regular wood mulch but it has the added benefits of longer lasting durability, increased softness, and a weight that keeps it from blowing or floating away. While it costs a little more up front than wood mulch, it is an investment that will pay for itself over time. Gardeners love not having to re-mulch their flower beds every year and parents love the added security of knowing that if their child takes a tumble from the playground equipment they will most likely come out unscathed.

Step 1: Tire are gathered from landfills and drop off centers and taken to a processing facility.
Step 2: Sidewalls are cut out to remove metal and other debris from the rubber.
Step 3: Ground up tire pieces are heated and treated with softening agents to make them soft and pliable. This process is called vulcanization.
Step 4: The pieces are passed under a powerful magnet to remove any remaining metal while a vacuum sucks out any lingering polyester so that all you’re left with is clean, soft rubber.
Step 5: The pieces are cooled and painted.
Step 6: Rubber mulch is packaged up and sent back out into the marketplace

The Benefits of Rubber Mulch

Other Items Recycled Rubber Can Become:

While no process or solution is perfect, creating new rubber products from spent tires takes a lot of the bite out of our used tire problem. Hopefully, as more uses for used rubber emerge, even fewer tires will make their way to the great trash heap in the sky. Until then, you can do your part to keep tires from the landfills by purchasing rubber mulch and other products made from recycled rubber!