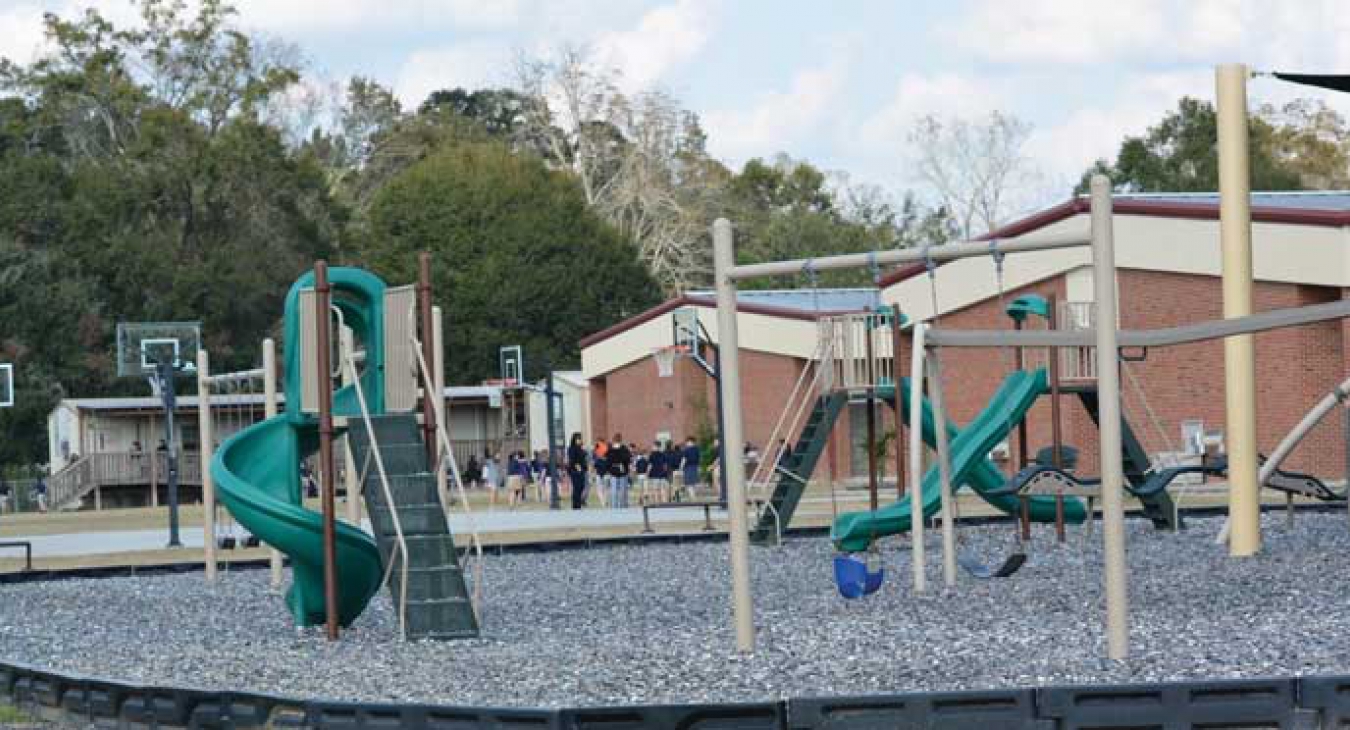 Listen to the article.

Once lauded as an environmentally friendly cushioning solution, advocates are urging schools and parks to consider safer alternatives to recycled rubber tire mulch.

Ask kids about their favorite part of school, and chances are good they are going to say “Recess.” And that’s fantastic…after all the type of physical activity that kids get during recess has been proven to boost concentration and academic function, while, of course, improving physical health at a time when childhood obesity is at an all-time high.

However, while playgrounds now boast “safer” fall surfaces from the concrete and grass of old, new questions are being raised about the safety of a popular cushioning material—recycled rubber tire mulch.

Once hailed as an excellent choice for its ability to cushion falls, as well as its environmentally friendly qualities, many data scientists, playground experts, and parents are taking a second look at the practice of recycling tires for kids’ play spaces. And they are not liking what they see.

That’s because mulch made from used tires is increasingly being viewed as a potential environmental hazard. The problem doesn’t stem from the rubber itself, but rather the fact that these tires racking up highway miles in their former life were in constant contact with multitudes of pollutants, including petrochemicals, lead contaminants from roadway paint, heavy metals, and oils, to name a few. The recycling process doesn’t remove the pollutants; it just grinds them up, which means they are making their way into our kids’ playgrounds.

In fact, in a study commissioned by the non-profit group Environment and Human Health, Inc. in conjunction with Yale University 3, 96 chemicals were found in the rubber tire mulch used in playgrounds. Most of them sound more like something that should be encountered in an advanced chemistry class than on a playground, from dimethylanthracene, a respiratory irritant linked to asthma; to phthalimide, a skin, eye and lung irritant.

Most worrisome, a substance called “carbon black,” used as a reinforcing filler and estimated to make up to 20 to 30 percent of every tire, is listed as a carcinogen by the International Agency for Research on Cancer (IARC).

As children play in this recycled rubber tire mulch, these toxins collect on their clothes and shoes and can find their way into mouths via hands that aren’t scrubbed as carefully as they should be.

These toxins are released into the air, particularly as temperatures rise, and the heat generated by rubber tire mulch can be a serious problem on playgrounds, says Kenny Parker,  the maintenance foreman at Ascension Parish Schools in Gonzales, Louisiana.

The safety aspects of rubber tire mulch aside, Parker says that his department never cared for the product because of the heat it generated. “My guys had trouble staying in the play area without getting overheated,” he says, a problem that can be eliminated with other playground surfaces like Jelly Bean, a pre-consumer virgin rubber mulch product that is made up of colorful pieces that don’t absorb the heat like recycled black tire rubber does.

Parker recently changed out the playgrounds in the 16 primary schools he oversees. As the parent of three kids, ages 1, 8 and 10, Parker is laser-focused on safety and knew that if he had a concern then surely other parents would, too.

“All it took was for us to replace the rubber tire mulch at the first playground, and word spread. We couldn't do the rest fast enough,” he says.
John Monroe, the maintenance supervisor at Dyer County Schools in Dyersburg, Tennessee, has replaced the rubber tire mulch at eight playgrounds he oversees with Jelly Bean play mulch, with the final one scheduled for the near future.

Because of numerous complaints he had received about the rubber tire mulch, he was researching alternatives and was sent a sample of Jelly Bean, which is sterile and latex-free and contains none of the toxins or harmful VOCs that can be found in tire mulch. He decided to try it at one school—it was so immediately popular with the families that it became their surface of choice. “It’s all we use now,” he says.

In addition to feeling that it’s a safer product overall, Monroe is delighted that it solves another issue that had been a major grievance—the mess made by the carbon black from the tires. “The parents are so happy with this new play surface because they are no longer dealing with the black that would mark up the kids’ clothes, or the pieces that would find their way into the laundry via pockets.”

In addition, the cleaning service at the schools has praised the change, noting the benefits of no longer having to deal with the black rubber marks that would end up on floors and walls.

But mostly, Monroe appreciates that Jelly Bean offers a safer alternative environmentally while retaining the “good fall” qualities playgrounds need. “It wasn’t healthy for the kids to be breathing those contaminants that would be floating in the air while they were playing.”

Of course, schools today grapple with tight budgets, so cost is always a factor. The good news is that Jelly Bean play mulch has proven to be extremely cost-effective, given that it doesn’t have to be replaced as frequently, Monroe says.

It also saves on labor, Parker adds. “The trucks deliver this mulch to the school in one-ton bags, compared to the rubber that came in pallets of individual 40-pound bags.”

Monroe agrees that it is virtually maintenance free. “The kids kick it out a little, but we just take a rake to smooth it back down every now and then.”

While he said the initial cost might be a little higher than recycled black tire rubber, he’s found the Jelly Bean play mulch to be more cost-effective in the long run, as it lasts longer and doesn’t need to be reconditioned.

Across the country, schools are heeding the worries about recycled rubber tire mulch and seeking alternatives. And they aren’t just making news in their school email update – they are making headlines as families bring attention to the danger of this common playground cover.
Last year, Minneapolis Public Schools removed the tire mulch from its 47 playgrounds, citing environmental hazards, and prior to that elementary schools in Vermont 4 made the change.

From New York 5 and Connecticut 6 on the east coast to California 7 and Oregon 8 on the west, concerned parents are encouraging their school districts to make their playgrounds safer. One church in Englewood, N.J., has even brought suit against the manufacturer of the recycled rubber mulch covering that cushions its play structure.

As more and more schools and parents become aware of the potential dangers of recycled rubber tire mulch, expect new surface alternatives to be as popular as fidget spinners on playgrounds nationwide. 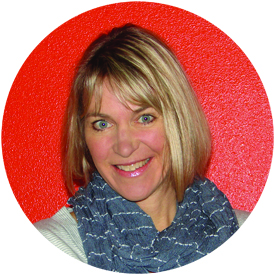 Cathie Ericson is a freelance writer covering business and consumer topics. She creates branded content for Fortune 500 companies, and her work has appeared in LearnVest, Costco Magazine, Forbes, TheGlassHammer.com and IDEA Fitness. Follow her @cathieericson.

One needs to think about the latex in all of these rubber products. Not sure if this is being considered, but with latex allergies on the rise I don't think this is a good option either unless they are making sure no latex is in the final product. Mulch is not a good option either because of the mold that grows on it b/c no one is turning the mulch to make sure mold is not growing and schools are not replacing the wood chunks/mulch. Safer options need to be created. https://www.ncbi.nlm.nih.gov/pmc/articles/PMC1469526/

As always the worriers come and shut down everything. I don't know how I survived my childhood in the 60's, today there'd be lawsuits at every corner from the stuff I came in contact with. The usual regression of society is that people become such complainers that nobody can do anything any more until society at large becomes fed up with the total stalemate in every sector of life and hire a dictator to clear out all the pansy-fussing.

Hi Mark,
As stated on the Jelly Bean Rubber Mulch homepage, the product is ADA approved.
https://jellybeanrubbermulch.com/
Thanks,
Clark

Years ago, we had a couple playgrounds using recycled tire rubber and the same issues noted in the article were issues for us. However, even this new mulch is not something that we can use even though the fall attenuation values may be excellent. That one reason is the American with Disabilities Act (ADA). Unless this material is tested and passes the appropriate American Society of Testing Materials (ASTM) standards for accessibility, this surface material should not be recommended for public playgrounds or any playground where other accommodations are not provided. Even if there are other accommodations provided, they must permit the disabled population to be able to interact and have similar access to the equipment.