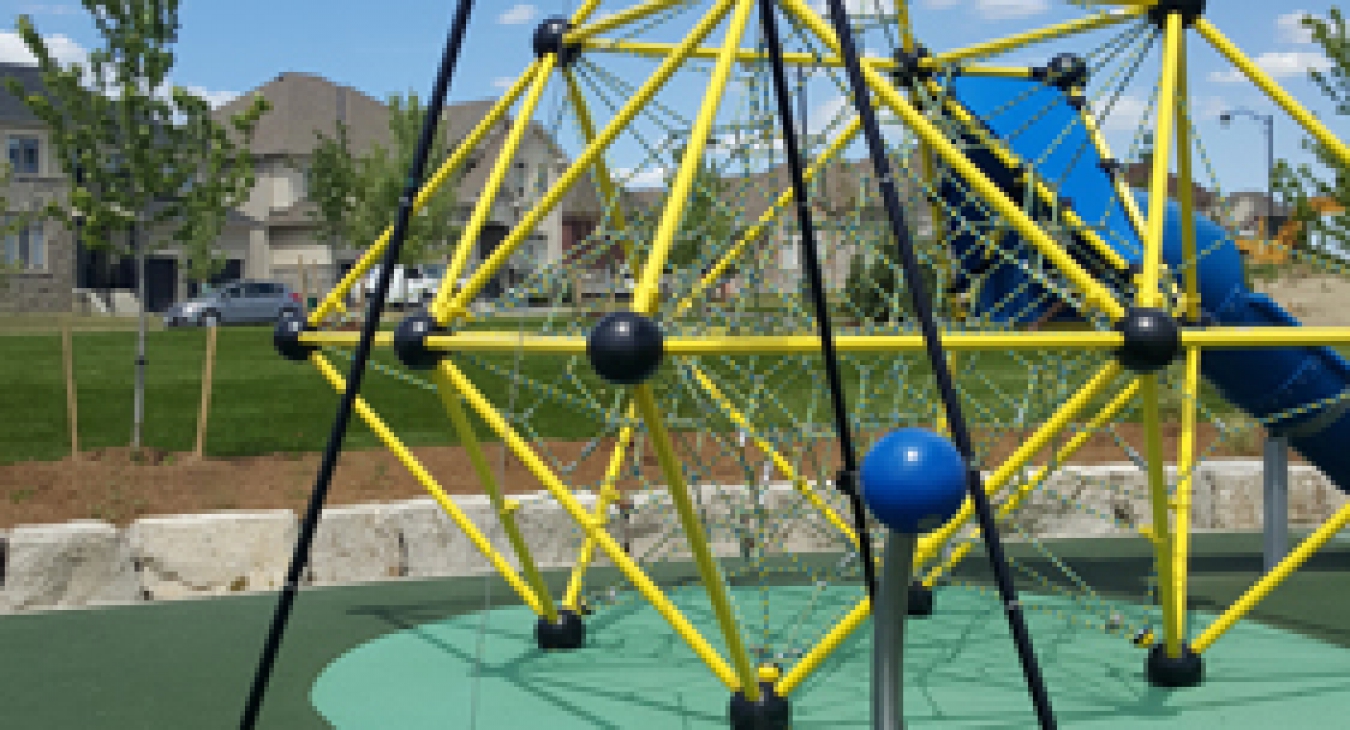 Standards are all about measuring accurately. It is critical that prescribed test devices are used and test methods are followed1 ,2 . Using the test device as described in the Standard ensures that the values are consistent, no matter where in the world the test is performed. The results of the test are then compared to the pass/fail of a specification and the determination is made as to whether the surface is compliant or not3 . Standards allow an owner/operator of an impact attenuating surface to choose lower impact values to provide better impact injury prevention and mandate them into their contract documents4 . Typically the impact values for surface performance is that the g value shall not exceed 200 and the HIC value shall not exceed 10005 . The 200g value is a 10% risk of skull fracture, while 1000 HIC is a 5% risk of a critical head injury, a 16% risk of a severe head injury and 55% risk of a serious head injury6 .

Playing surfaces, whether they are playgrounds, sports fields, landing or sports mats, etc. have a primary objective, to protect the user from an impact that results in an unacceptable injury during the reasonably foreseeable use of the system or playing environment7 . Since we are concerned with the prevention of injury at a very significant level of severity, it is important that the data collected and the science related to the test devices be accurate, to ensure that impact values can actually be associated with a level of injury that is being prevented. Since the surfacing systems are expensive to replace or can be associated with large law suits, it is important that the measuring instrument does not fail a system that would pass to the correctly performed test to the relevant standard. Alternatively passing a failed system could put users at risk of severe injury.

For impact attenuation of surfaces, there are two major standards writing organizations in the world, ASTM International and CEN. For both of these organizations, the prevention of head injury traces its origins to the automotive industry and the work performed over more than six decades to prevent injuries. For the United States it starts with Col. John Stapp performing military testing and evolving to the development of the first test dummies to act as surrogates for humans. Along the way, non-human primates and cadavers contributed to the refinement of both the dummy shape, mass and the association with specific injuries to where we now have the hybrid III series of dummies that are widely used in testing throughout the world. These automotive test devices are expensive and not designed for outdoor use, with the result being the development of metal surrogates, in the 1970s and onward, that highly correlate to the performance of the automotive dummies8 . This traceability in science and history allows for the confidence society has in the testing of surfaces.

The ASTM F1292 Standard was first published in 1991 and this Standard is utilized around the world for testing of surfaces. The Standard originally used a head shaped aluminum missile known as the ANSI C headform, established through testing in the 1970’s for the US Consumer Product Safety Commission (CPSC) and others to generate g values, Severity Index (SI), and Head Injury Criteria (HIC) values that related to the automotive injury studies. Because of its shape and the need to impact the surfaces with the crown of the head, this device was used mainly as a guided system and when used in freefall, generally resulted in lower impact values and therefore could pass surfaces that under formal test conditions would fail. The guided test required a cumbersome guidance system that was difficult to bring to the field without considerable cost or difficulty. The solution was to look to Europe and their use of the 10lb aluminum hemispherical headform that does allow for a freefall test with the missile landing on the hemisphere and utilizing a triaxial accelerometer to generate data that was equal to that generated by the ANSI C. This validation of the two headforms took many years, a series of round robins involving many laboratories involved in the testing of surfaces and finally the determination of equivalencyx. The free fall drop test was adopted into ASTM F1292 in 1999 and into En1177 in 2008 even though for playground surface testing, the procedure of the test is different the goal is the same, to protect children from HIC values over 1000.

Currently the ASTM F1292 Standard requires the completion of a three temperature laboratory test for surface systems, which cannot be easily performed in the field. As a result F1292 provides a field test to allow for every owner to test the surfaces their children are playing on and determine the potential of a severe injury. The standard provides considerable detail as to the procedure and this will vary depending upon whether the surfacing is loose fill or unitary. The Standard requires the person performing the test to determine the most adverse locations and test the surface in its most conservative condition. That is one of the reasons why the Standard requires the performance of 3 drops from the same height to the same location9 . The first is a conditioning drop, while the average of the second and third drops are used to report the performance for that location in the playground. This is further complicated for materials such as sand that tend to pack and they are required to the tamped prior to the first drop. There are significantly more requirements to the performance of the test including collection of additional data and provision of reports and it is for this reason that the Standard requires that the person performing the testing be trained10 .

Formal testing of compliance of the surface to ASTM F1292 is the requirement of the CPSC Handbook on Public Playground Safety, ASTM F1487 and the ADA on the ground level accessible route. It will also be a requirement for any measure of contract or warranty performance and absolutely in the event of an injury that results in a law suit. Therefore formal testing of a surface and compliance to ASTM F1292 will require that all of aspects of ASTM F1292 be performed.

There are circumstances where an owner might want to test their surface in a determination of performance and prior to a formal ASTM F1292 test. This could be in support or confirmation of a full periodic field test to the standard. Care must be taken to ensure the factors that negatively influence the impact attenuation properties for the system under test are taken into consideration and that the threshold g and HIC values are set 30 to 50% below the contractual or standards threshold to determine when the formal test is immediately triggered.

Once the decision has been made to perform the full F1292 test there are the circumstance where the person performing the test needs to perform a number of pre-tests on a surface to finally locate the three areas that would be the most adverse for a play structure. This can be done using the ASTM F355 E missile with the data collection device attached to a hand drop device.

The ASTM compliant E missile must, whether the drop is a pre-test or full test, provide for each drop; the date and time of the drop, the peak g, the HIC, the angle and the velocity to confirm the drop height of the drop. Although it is virtually impossible to drop the E missile from the same height to the same

point on the surface, if the pre-test is being performed without a supporting devices, this must be noted in the field notes and the data comments.

The pre-test is not the F1292 field test, but only to be used between field tests that impact attenuation properties have not changed significantly putting children at risk. If only one drop is being used, then this must be compared to the values for the first of a series of three drops for the surfacing system during the formal testing of the surface. A routine of frequent pre-testing followed-up with the formal test will ensure surfacing systems are functioning as intended. It also offers the opportunity to a system owner/operator to visit a site with a concerned parent or caregiver and provide the confidence that their child will not sustain an injury beyond the thresholds stated in the relevant standard.

You can check our directory

You can check our directory page for Maintenance & Inspections to find some pros who can help you. https://www.playgroundprofessionals.com/spotlight/category/playground-10...